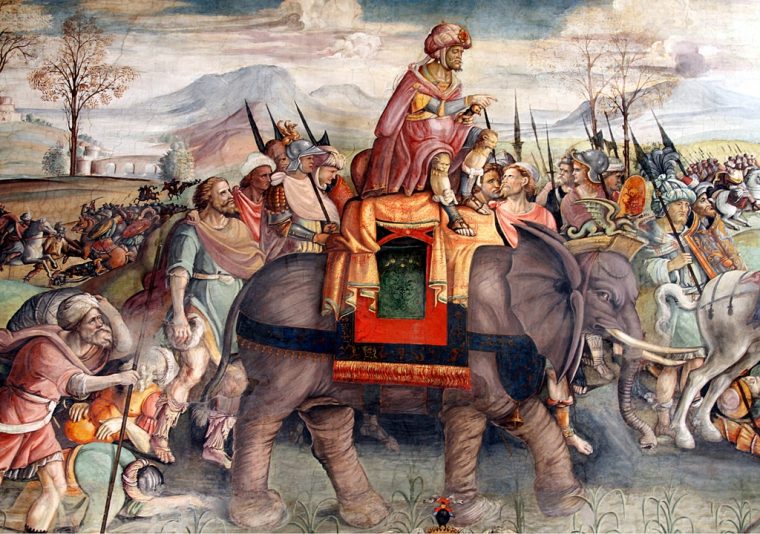 One of the big problems with getting new vehicle propulsion technology to become accepted is that it just costs so much money—for example, battery electric vehicles have been steadily growing, but the cost of building the infrastructure needed to comfortably drive them everywhere means that they are still a niche product about two decades after the release of the famous (or infamous) General Motors EV1.

Hydrogen vehicles face the same problem, with the added difficulty of producing hydrogen for general consumption on top of infrastructure.

However, you know who doesn’t really have to worry about widespread fueling stations or higher starting prices?

Built for Work: What’s the best truck you can get for working as a contractor? 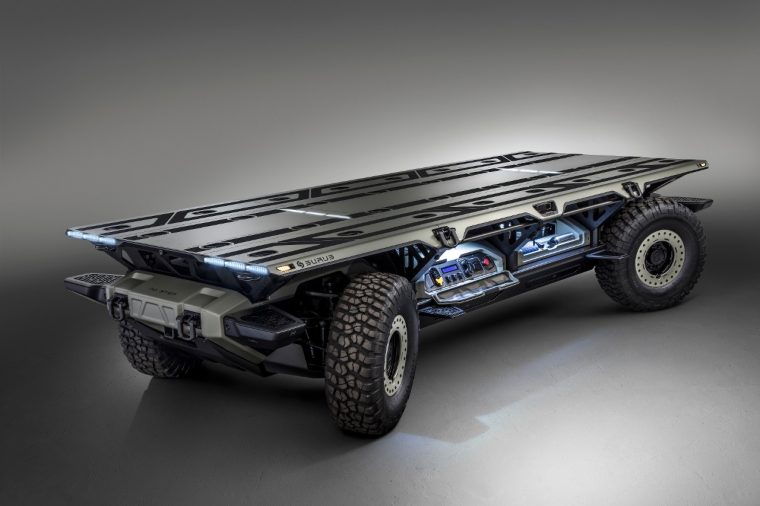 With that in mind, meet the General Motors Silent Utility Rover Universal Superstructure, or SURUS, a highly versatile, somewhat autonomous hydrogen-fueled vehicle platform that GM has somewhat coyly declared “could be adapted for military use.”

Like the Chevy Colorado HR2 concept, which is currently being tested for military applications by the US Army, the SURUS uses the company’s Hydrotec fuel cell system to offer a vehicle with zero emissions (except for water, although it isn’t drinkable from the tailpipe), quiet operation, high instant torque, quick refueling, remote electricity generation, and low operating temperatures. 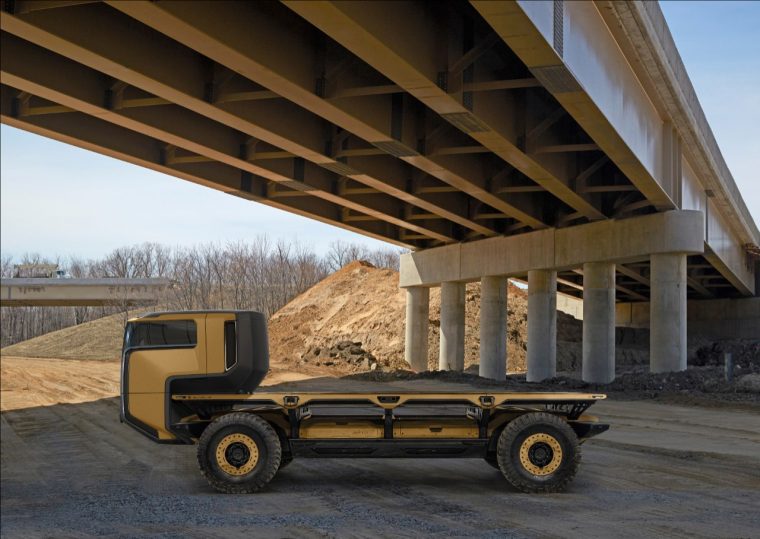 The SURUS itself just looks like Optimus Prime’s skateboard, with a long, flat bed that can potentially be upfitted to serve various functions, particularly cargo hauling, as GM said that multiple SURUS platforms could operate in caravans with minimal actual people attending them (although other options are definitely on the table, as one of the concept renderings shows the SURUS sporting a mobile hospital pod).

Built for Relaxation: When the work is done, what truck is best to take to your favorite fishing hole? 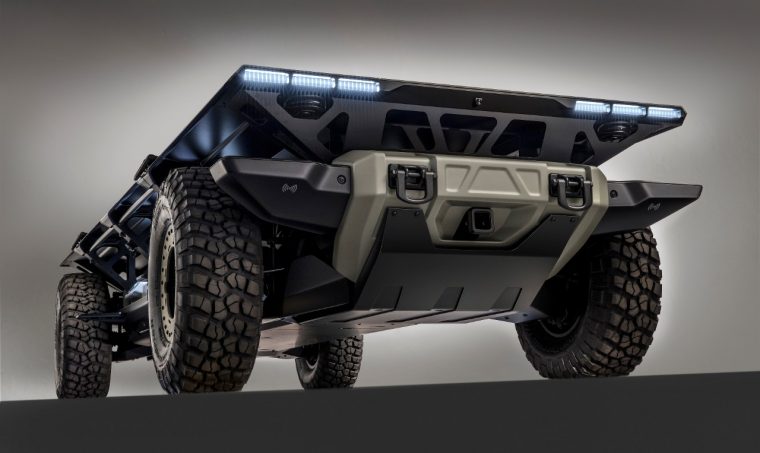 Under the skin, GM said that SURUS is driven using its Gen 2 fuel cell system coupled to a lithium-ion battery and two electric drive units, all supported by a truck chassis with four-wheel steering and enough hydrogen storage for 400 miles of range (although, as some point out, the Army is already used to carrying its own fuel, and can extract hydrogen from its existing J8 fuel).

All in all, GM said that it will continue with military partnerships as a large part of its strategy moving forward, adding that the current military testing on the ZH2 is still ongoing and will continue until spring next year.

Fun fact: “Surus” is reportedly the name of the last war elephant–a huge, one-tusked Asian male–that Hannibal brought with him when he crossed the Alps to sack Rome, like in the fresco at the top of this article (which is of Hannibal in Italy, painted in about 1510).