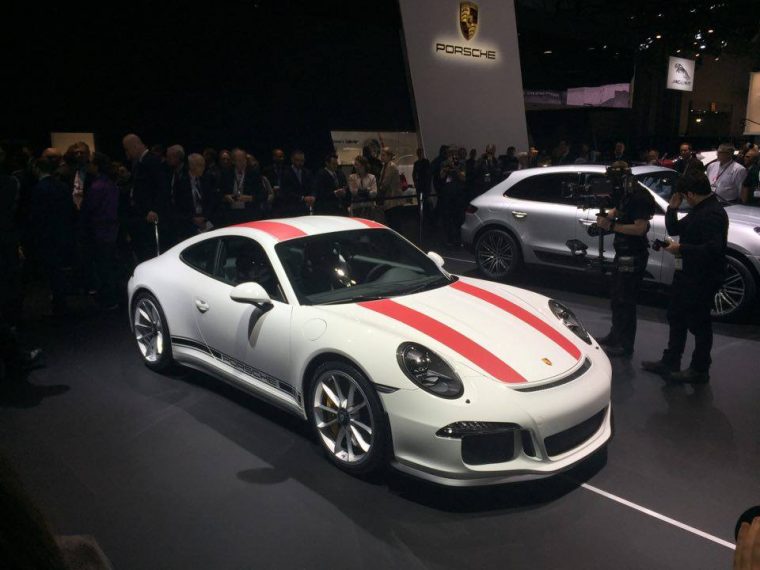 There were a lot of weird new cars that debuted at the 2016 New York Auto Show, but Porsche was one brand that kept things simple and used the occasion to show off its new 911 R performance car.

Fast Cars: Find out which hypercar broke the 918 Spyder’s record time at Hockenheim

The 911 R is the lightest model out of all 20-plus trims that are available for the Porsche 911. The 911 R’s curb weight of 3,021 pounds was made possible by stripping out the vehicle’s air conditioning and stereo systems. The decision to use carbon fiber to create the front fenders, as well as the front luggage compartment lid, also aided in cutting pounds from the car.

Porsche says the R stands for racing, and this model is marketed directly towards purists, as evidenced by it only being made available with a six-speed manual transmission. Some die-hard Porsche fanatics just don’t care for PDK gearboxes to be included inside their rear-engine German sports cars.

A naturally aspirated flat-six engine good for 500 horsepower can be found underneath the hood of the new 911 R. This engine can also be found is the 911 GT3 RS, which is one of the vehicles NBA star Stephen Curry can be seen driving around California.

Porsche is already accepting orders for the 911 R, but if you’re interested in one, you’d better act fast because the automaker will only be producing 911 examples of the vehicle.