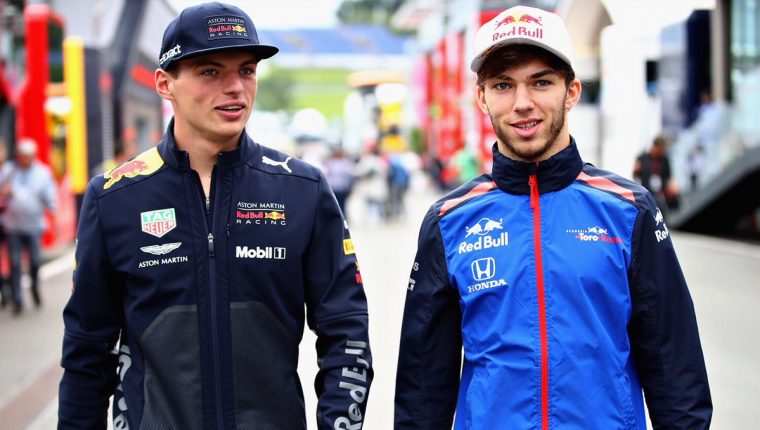 When Daniel Ricciardo announced he would leave Red Bull Racing to drive for Renault Sport F1 next year, the question on everyone’s mind was simple: who will replace him?

The answer, as it turns out, was similarly simple. Pierre Gasly will be the man to take Ricciardo’s seat at Red Bull, having now officially signed with the team less than a year after making his debut in Formula One.

The French driver, aged 22, first raced in F1 at the 2017 Malaysian Grand Prix and has so far scored 26 points for Toro Rosso this year. His best finish was fourth place in Bahrain, but with a Red Bull chassis around him and a Honda engine behind him next year, he’ll be looking to improve that record in short order.

“I’m so excited to be joining this top team,” Gasly said. “It has been my goal to race for this team since I joined the Red Bull Junior Driver program in 2013, and this incredible opportunity is another step forward in my ambition to win Grands Prix and compete for world championships.”

“Red Bull has always looked to fight for championships or victories and that’s what I want. I’m a really competitive guy and when I do something it’s always to fight for the best and top positions.”

Gasly, who Red Bull team principal Christian Horner once described as “one of the most exciting young drivers in motorsport,” will thus be racing in next year’s Red Bull car alongside Max Verstappen, one of the few drivers on the grid actually younger than him.

It will be a real test of his abilities, as Verstappen is widely regarded as one of the top benchmarks with regards to pure speed — and we’ve seen before with Daniil Kvyat just how easily Red Bull will drop a driver if he doesn’t meet their standards.