Pikachu Car, I Choose You! 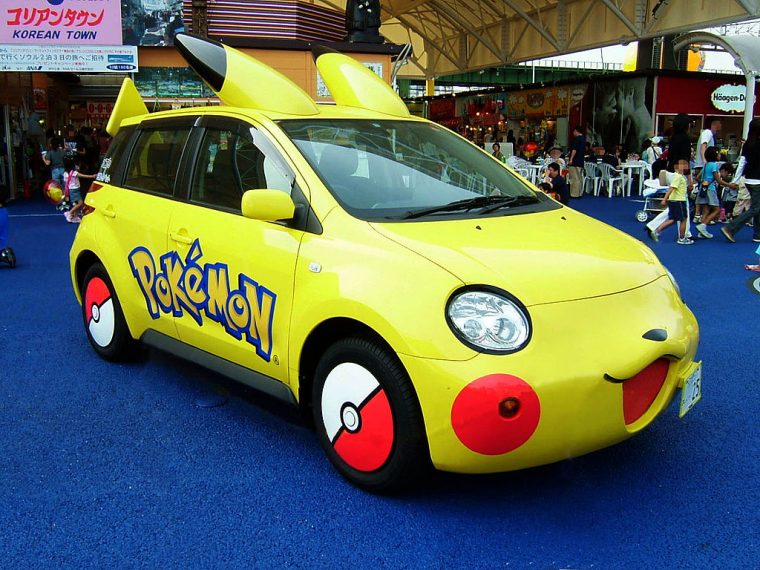 Isn’t this what you pictured yourself driving when you were a kid?
Photo: Gnsin via CC Wikimeda

In the 15 years since its debut, the video game-based media franchise has become one of the most lucrative in the world, growing its fan base with each passing year and generation.

An aspect of the rampant merchandising of the Pocket Monsters brand is mobile advertising via customized automobiles. Japan loves its unique cars, so it’s no surprise pictures of wacky, colorful Pokémon vehicles have spread throughout the web.

The most popular, obviously, is based on a beloved character: none other than Pikachu.

Pikachu Cars Are Improving with Every Year

The first Pikachu car to hit the scene was the old Volkswagen Beetle created by Nintendo as a Promo Car beginning in 1998. Since then, it was outfitted with various features to promote the brand, including a modified trunk with a television/Gamecube console. One was auctioned on eBay in 2006 and is still spotted on the road occasionally. 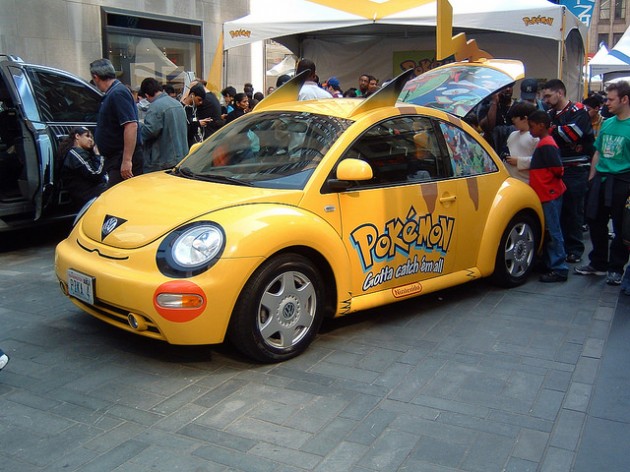 The most recognizable Pikachu car is probably the Toyota Ractis from the Toyopet Pokémon cars family. Originally debuting in 2012 at the Tokyo Toy Show to promote Pokemon the Movie: Kyurem vs. the Sword of Justice, this vibrant yellow subcompact five-seater features a tail, two giant ears, headlamps for eyes, and Pikachu’s gleeful smile across the front bumper.

This version recently returned to the 2014 Tokyo Toy Show joined by a fierce, fox-like Fennekin (Fokko in Japan) and is still popular due to the mini toy cars distributed across Japan in the vehicle’s likeness.

The fan favorite, though, is probably the Toyota ist (the Scion xA in America), with Pokéball hubcaps, detachable headlamp covers for eyes, and the perfect shade of yellow. Word is that no more than ten of these were made, and they frequent venues in Japan like PokéPark and the Expo 2005 Sasashima Satellite. The cars have their own website (ntp.co.jp) and company name (NTP).

Jeez, that’s a lot of cars. 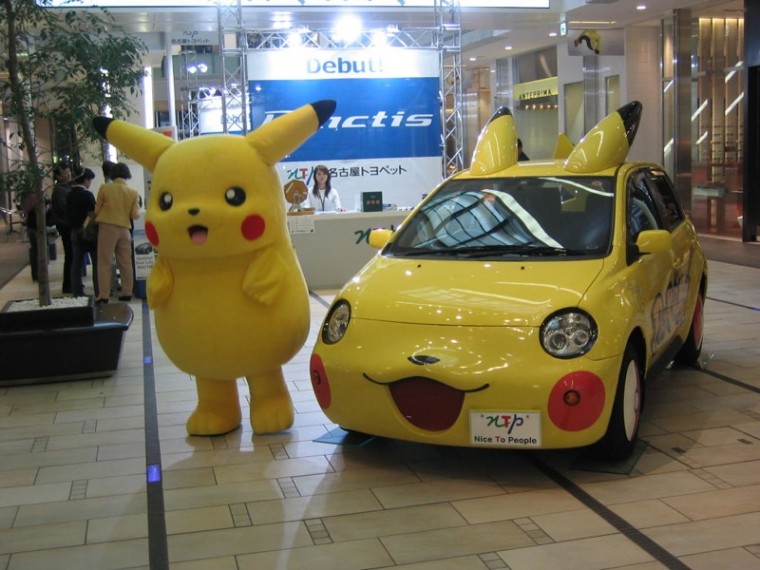