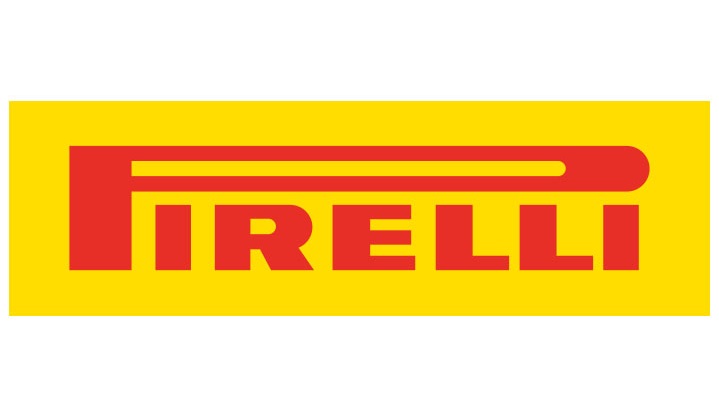 Pirelli, the official tire supplier for Formula One, has unveiled what it calls the “Pirelli Rainbow,” a new lineup of tires it will provide the teams for the upcoming 2018 season, including two brand new compounds. That brings the total up to seven different dry-weather tires and two wet-weather tires.

The intermediate (green) and full-wet (blue) tires will remain the same, capable of dispersing up to 25 and 65 liters of water per second, respectively. The decision to keep the blue stripe on the full-wet tire is somewhat strange, as one of the new dry-weather tires will feature nearly the same color—though it is unlikely both will ever be used on the track at the same time.

There were five dry-weather compounds in 2017: Hard, Medium, Soft, Supersoft, and Ultrasoft, with the softest compounds providing more grip at the cost of reduced durability; however, one of the main issues in 2017 was that even the softest tires were still too durable across the board, giving teams little reason to pick the harder compounds. As a result, the Hard tire was never used and the Medium tire only once, greatly limiting strategic possibilities.

Quick Tip: 5 items you should always have in your car

To combat this and provide the teams with more options, Pirelli is introducing two new, even softer compounds, and bumping the terminology down a step across the board. The current Ultrasoft will become next year’s Supersoft, while next year’s Ultrasoft will be a brand new compound one step softer than the one used in 2017. Another, even softer tire is also being introduced, which Pirelli calls Hypersoft (yes, the terminology is getting pretty ridiculous).

During post-season testing in Abu Dhabi, many drivers praised the new Hypersoft tire for providing satisfying amounts of grip compared to the current compounds, suggesting that lap times may drop even further than they did in 2017.

Pirelli’s goal is to provide the teams with various viable tire strategies that would incentivize them to make at least two pit stops at every race in 2018, as opposed to the one-stop strategies we saw at nearly every Grand Prix this year. This would liven up the racing and create more overtaking opportunities.

For an easier look at how the tires are changing, take a look at the handy infographic below.

Vehicle Warning Signs: What do they mean? 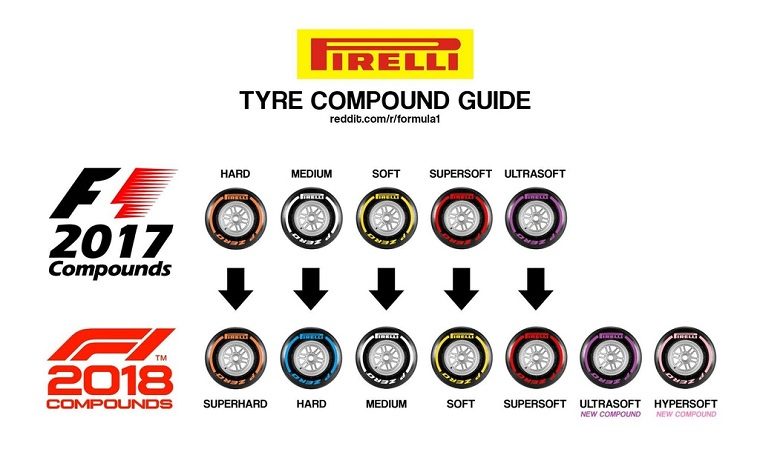 Credit to /u/Jibbed for the image