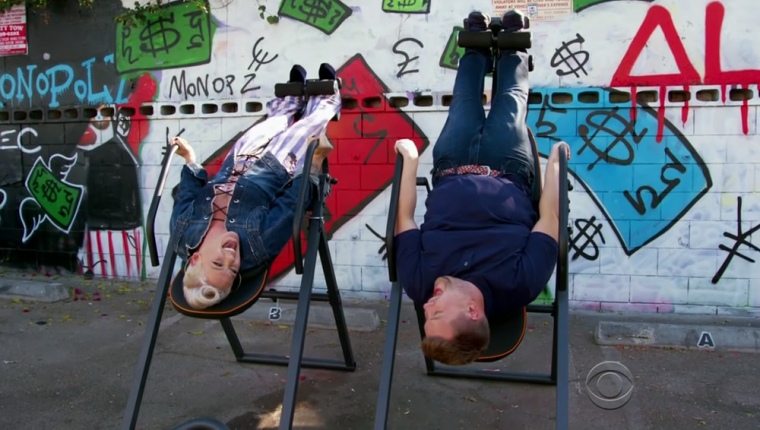 Promoting her new album, Beautiful Trauma, P!nk joined James Corden in the passenger’s seat of his car for an episode of Carpool Karaoke in Los Angeles, California.

As with most guests on Carpool Karaoke, the three-time Grammy award winner belted out a few of her greatest hits, including “Get The Party Started,” “Raise Your Glass,” and “What About Us.” Listening to her live renditions of her songs, especially her acapella version of “Just Like a Pill” toward the end of the episode (more on that in a minute), prove just how talented of a singer P!nk really is.

After teaching Corden a new dance routine to “What About Us,” P!nk dove into a humorous story about Bon Jovi. Apparently, P!nk was in love with Bon Jovi as a young girl and claims that hearing about his marriage on the radio when she was eight years old was her very first heartbreak.

New Car Shopping: Take a look at the 2017 Mitsubishi lineup

“I ripped his posters off the wall and threw them out and didn’t come out of my room for days. I mean, I was devastated. It was the first time someone ever broke my heart.”

But her heartbreak didn’t stay in the past – when P!nk met Bon Jovi years later, when she was 22, she told him about the traumatic pain he had caused her. Bon Jovi thought it was hilarious, even sending her a little gift afterwards. “He sent me a flower arrangement with a pair of leather pants,” P!nk said. “The flower basket was life-sized, and there was a pair of leather pants with a note that said, ‘Now you can finally get into my pants.'” While P!nk and Bon Jovi thought it was hysterical, P!nk’s husband Carey wasn’t quite as thrilled.

P!nk also talked about her experience opening up for NSYNC when she was a teenager. She even admitted to going on a “friends” date with Joey Fatone (after he asked her father for permission to take her out).

Toward the end of the episode, P!nk insisted that she’s a better singer when she sings upside-down. Of course, James insisted they put it to the test. P!nk and James hopped on two inversion tables and tested P!nk’s theory by belting out acapella renditions of “Just Like a Pill” and “Get The Party Started” (P!nk stood by her claims, but James wasn’t convinced). Also, James may or may not have gotten stuck upside-down on the table and needed assistance from the film crew.

Mitsubishi: A glimpse into the history of the company