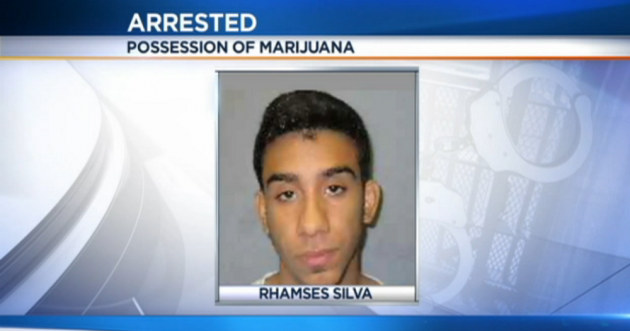 Ladies and Gentlemen, here we have it: the world’s easiest drug arrest.

We like to imagine two police officers sitting around a computer and having the following conversation:

“No, he can’t possibly be actually trying to sell drugs on Craigslist. That’s ridiculous—doesn’t he know that police can get on Craigslist, too?”

“I guess you’re right. We should still send him a message to make sure, though.”

“Well, all right, but there’s no way this isn’t some sort of prank.”

And then five minutes later,

“Dude, you are not going to believe this.”

According to the sheriffs’ office, after contacting Silva, the would-be seller agreed to sell the officers an ounce of marijuana for $320, and met the police in the parking lot of a convenience store, where he just handed over the marijuana.

In a cop movie, this would have been when the older cop looks around and says, “I don’t like this—it was too easy,” but that was about it. Police promptly arrested Silva. They even found more marijuana and various other drug paraphernalia in Silva’s car.