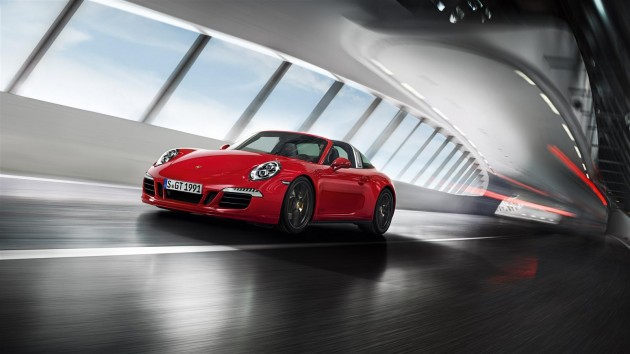 The Porsche 911 is an example of an automobile that has been slowly perfected over several decades, never straying far from its original design cues. The current 911 series is undoubtedly the highest performer and is an impressive platform. The 911 Targa 4 blew everyone’s minds at last year’s North American International Auto Show with its crazy folding Targa top that packs itself into the trunk like a contortionist Transformer.

Still, there’s one thing about 911s that really bugs me. Why are there so many trim levels? The 911 is offered in no fewer than 20 different configurations. 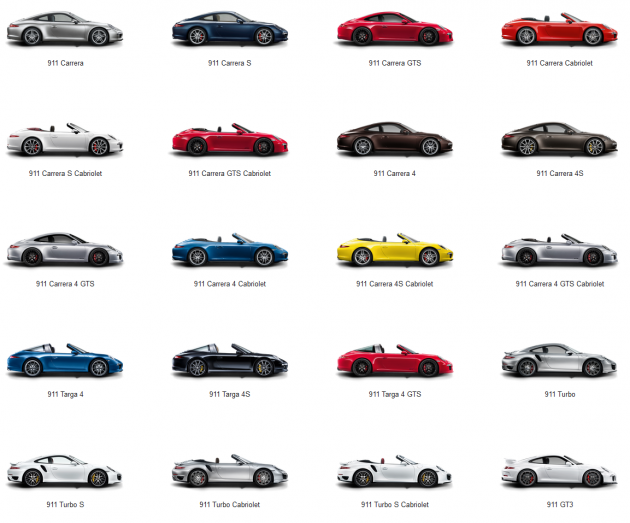 How can you pick just one?

Well, when I saw the Targa 4 GTS revealed at the North American International Auto Show, I think I finally understood. Owning a 911 is about feeling special. The Targa 4 has that ridiculously complex, robotic Targa roof, and I love it. It’s German over-engineering expressed in a functional modern art piece, not unlike the clear hood section on the C6 ZR1 Corvette that told the world, “I’m American, now look at this big-ass V8.” That’s the kind of arrogance you can put a price tag on. 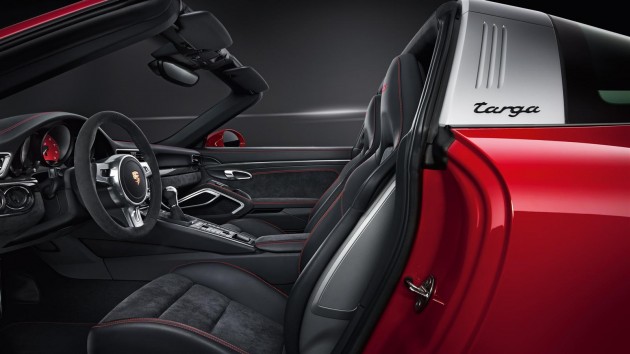 Nevertheless, the Targa 4 GTS is truly a gorgeous vehicle. This particular model gets an upgraded flat-six that generates 430 horsepower and will get you to 60 mph in 4.1 seconds with the dual-clutch transmission or 4.5 seconds if you’re a hotshot that still rows your own gears. It’s got all the other GTS bits that you’d expect, too, with better brakes, suspension, and sports exhaust that will certainly sound amazing when you’ve got that robo-targa folded down.

Enough about the car. Get a closer look at the Targa 4 GTS in the gallery and watch the official reveal video below.