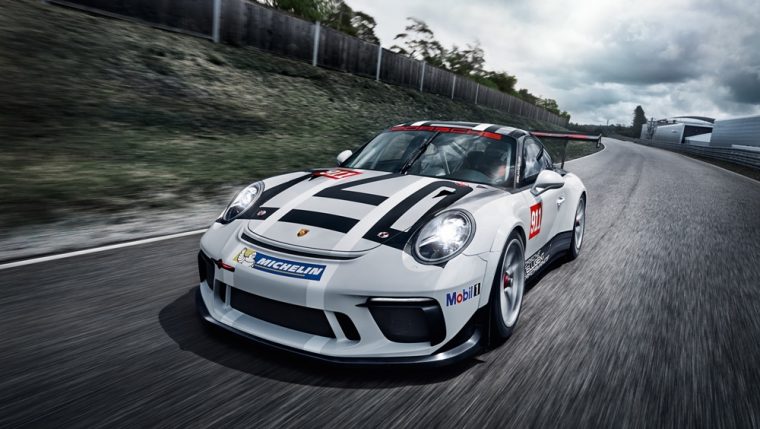 Heading into the 2016 Paris Motor Show, much of the talk regarding Porsche was focused on the German automaker’s new Panamera 4 E-Hybrid, but the company surprised everybody by also revealing the new Porsche 911 GT3 Cup.

Like all 911s, the engine of this automobile will be located in the rear of the vehicle, but this racecar won’t make use of a single turbocharger. Instead, it will feature a naturally-aspirated 4.0-liter flat-six motor that cranks out 485 horsepower, which is an additional 25 ponies over what was offered in the previous version of this car.

Porsche also made safety a priority when designing the 2016 Porsche 911 GT3 Cup. The roof hatch has been widened, which should make it easier to extract the driver in the event of an accident. Furthermore, the new Porsche 911 GT3 features a reinforced bucket seat and full roll cage.

The exterior design of the latest 911 GT3 Cup has also been updated with new front and rear fascias that resemble the current 911 Carrera model. One design element from the previous GT3 Cup that did carry over is the large rear spoiler, which is actually more than six feet in length.

Since it was first released back in 1998, Porsche has sold more than 3,000 of its 911 GT3 Cups around the world, making it the best-selling GT racecar of all time.

The new Porsche 911 GT3 Cup will make its competitive debut next year in the Porsche Mobil 1 Supercup.

The automaker is currently accepting orders for the race car at Porsche Motorsport in Weissach. It is priced at approximately $213,000 in US currency.