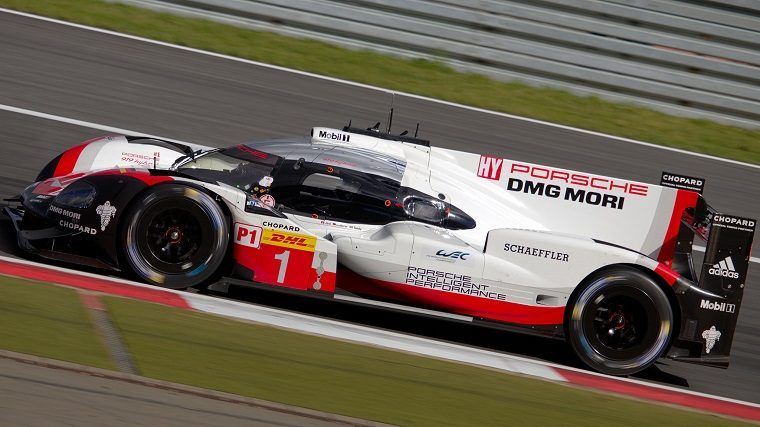 After winning the 24 Hours of Le Mans last month, Porsche drivers Timo Bernhard, Brendon Hartley, and Earl Bamber were back on top again at the 6 Hours of Nürburgring, this time with the sister Porsche 919 Hybrid close on their tail to make it a 1-2 finish for the German manufacturer less than 200 miles away from its Zuffenhausen factory.

It was the first time this season the two Porsches ran in their high-downforce configuration, which helped them get the edge over the Toyota TS050 Hybrid that had, up until Sunday’s race, shown the greater pace advantage in the first three rounds of the World Endurance Championship (WEC).

Unlike at the 24 Hours of Le Mans, reliability didn’t really factor in the six hour race, though the #8 Toyota piloted by Anthony Davidson, Sebastian Buemi, and Kazuki Nakajima—who had won the opening two rounds of the WEC—did lose five laps at the start of the race due to a fuel pump failure.

Still, given Porsche’s pace advantage, it’s unlikely Toyota would have managed better than third and fourth even without that issue. The winning #2 Porsche crossed the checkered flag just 1.6 seconds ahead of the #1 Porsche and a whole minute ahead of the #7 Toyota.

That puts the #2 Porsche and the manufacturer firmly in the lead of the WEC standings after Toyota had relinquished it at Le Mans. It now had 108 points ahead of the #8 Toyota’s 78 with five rounds still to go. Though the sister Porsche and Toyota cars are all but out of the title fight, you can still expect them to battle it out as furiously as they have been so far at the upcoming 6 Hours of Mexico.