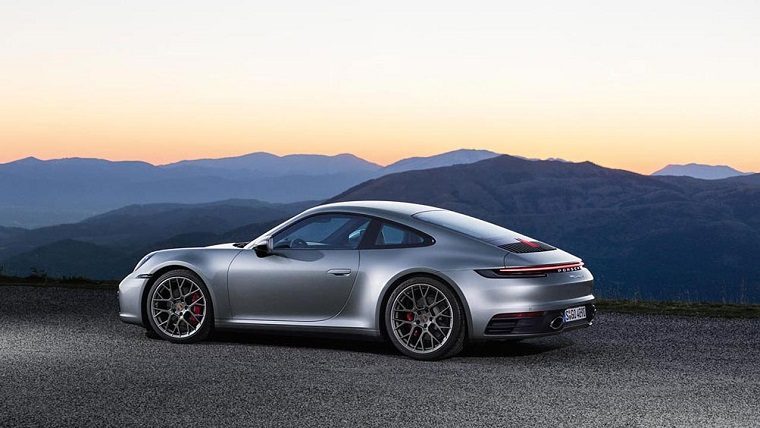 For those mostly unfamiliar with the brand, the car looks little different to its predecessor. The 911’s design language has after all, remained virtually unchanged for the last several decades.

Still, one can point to a few new things. For instance, the wheel arches housing 21-inch rear and 20-inch front wheels are significantly wider, and the rear is fatter across the entire range. The front is wider as well and the rear is dominated by a lovely light bar and an active spoiler.

Under the hood is a turbo flat-six good for 443 horsepower, up 23 from the previous engine, which helps launch the 911 Carrera S from zero to 60 mph in only 3.5 seconds, down 0.4 seconds from the 2018 model. With the Sport Chrono package and all-wheel-drive, you can knock off another three tenths.

Mated to the engine is a new, eight-speed, dual-clutch PDK automatic transmission (up one gear from before), and though a manual is not yet available, Porsche says the enthusiasts should hold their orders, as it will come at a later date.

Related: The Porsche 911 Speedster is officially going into production 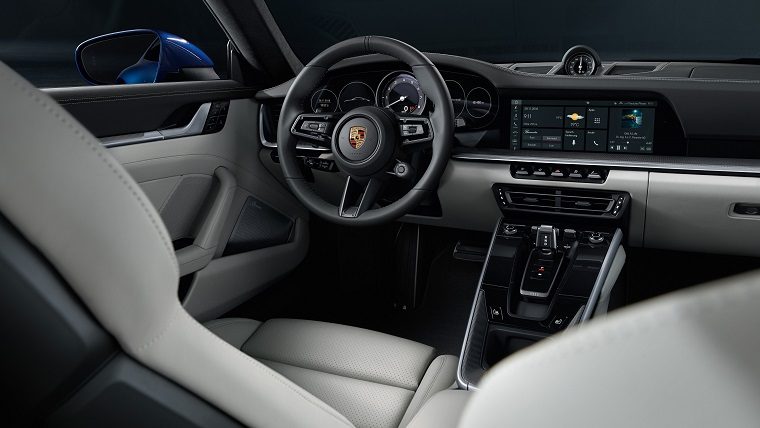 While the design has changed little — yes, there are a few tweaks here and there, but at the end of the day it’s still a 911 — there are a few noteworthy new technologies to talk about.

One new interesting feature is “Wet Mode.” When engaged, it adjusts the throttle curve and differential settings to improve low-grip handling. But the coolest part is that using sensors inside the wheel arches, the system will tell you on its own whether it thinks the road is wet enough to warrant using it.

Adaptive cruise control is now an option, though camera-based automatic braking is standard, and you can even get a night-vision camera if your idea of a good time is to do the same thing everyone else does in a 911 during the day, except in the dark.

The PCM infotainment system is larger and simpler than before, with fewer buttons, and the door handles no longer protrude from the car. Instead, they sit flush against the surface of the door as they await your arrival, upon which time they pop out for your convenience.

If the 991 generation of the 911 is anything to go by, you can probably expect Porsche to offer the 992 in upward of 20 different variants.