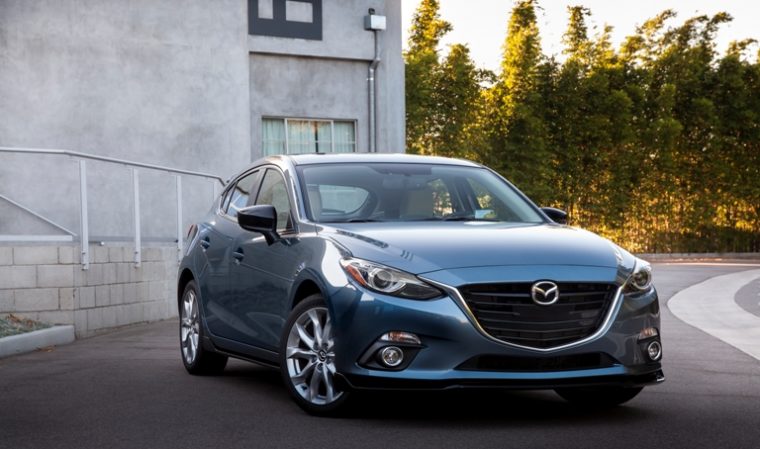 Boy, does Mazda ever have a problem with leaks lately. First details on the RX-VISION concept were leaked, then images of the CX-9 were leaked before its premiere, and then pictures of the China-exclusive CX-4 were leaked ahead of the Beijing Auto Show. It’s like people can’t stand to wait for concrete details on new Mazdas, so they have to leak them beforehand.

And now, it seems that even minor facelifts are receiving the same treatment, as it appears that a CarScoops reader has leaked the new face of the 2017 Mazda3 (called the Mazda Axela in Japan). 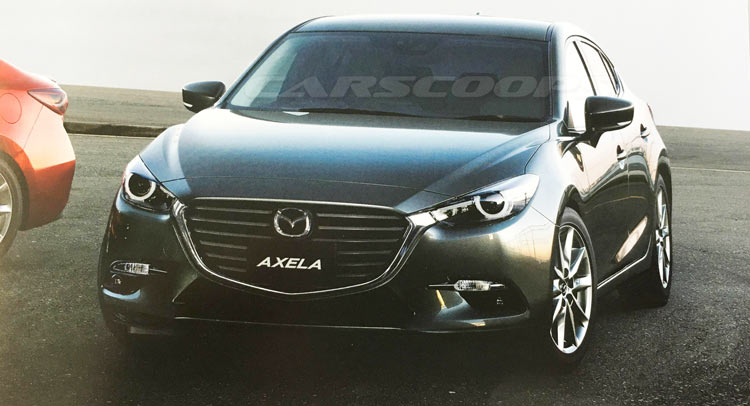 Changes are fairly slight, with a reshaped grille, a lowered logo, shorter chrome extensions, turn-signal-integrated mirrors, and a reworked bumper.

Of course, this leak is entirely based on the fact that the current Axela is exactly the same as the Mazda3 elsewhere in the world, except for the name and the engine specs. It is entirely possible that Mazda might just decide to make this a Japan-only thing.

On the other hand, though, as CarScoops pointed out, the current Mazda3 made its debut in 2013, so the time is about right for a mid-cycle refresh. Also, the point is further driven home by the fact that the Mazda6, Mazda’s mid-size sedan, received the same sort of facelift for 2016, just two years after its introduction.

This leak was only a photo from a Japanese Mazda brochure, so we don’t know what, if any, updates might be applied to the inside of the Mazda3, although if this update keeps in line with the Mazda6 update, it seems likely that it will receive a number of upgrades on the interior.