Nissan Announces Pricing for the 2015 Altima 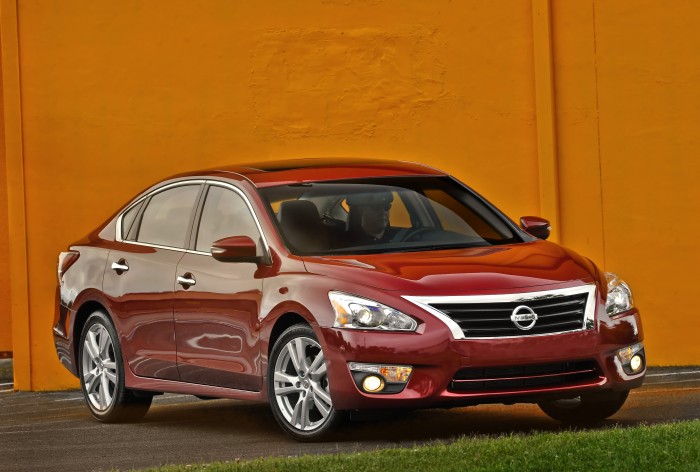 Nissan has announced pricing for the 2015 Altima, meaning that the new model year version of the best-selling sedan is now available at dealerships across the country.

What can we tell you about pricing for the 2015 Altima when compared to the previous model year? Expect a marginal price jump pretty much all around to accommodate a handful of new features and, in the case of the line-topping 3.5 SV and SL, a pretty considerable price hike for the addition of NissanConnect with Navigation and Mobile Apps, Blind Spot Warning (BSW), Moving Object Detection (MOD), and Lane Departure Warning (LDW).

The base model featuring the 3.5-liter V6 and its 270 horsepower starts at $26,450 (up $130) and boasting a 1 mpg highway and combined fuel economy increase over the previous model.

The 3.5 SL will increase by $1,130 to $31,950 and feature leather-appointed seating and Bose® Premium Sound System with nine speakers.

All 2015 Altima models offer NASA-inspired Zero Gravity front seats, Bluetooth® Hands-Free Phone System, Streaming Audio via Bluetooth® and an Advanced Drive-Assist™ Display. Also new for the 2015 model is black carpeting and lower seat side trim for Beige interior-equipped models, which is a pretty brilliant thing that we’re a little shocked nobody has made standard yet.