Protect Your Car From Relay Attacks 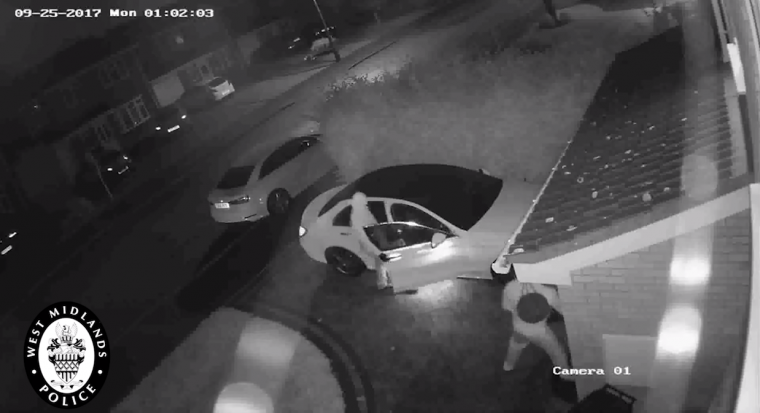 Besides houses, cars are typically the most valuable things that we own, so we do as much a possible to protect them. The industry has made anti-theft alarms on cars pretty much standard to deter criminals, but this week video surfaced of a theft in England taking less than a minute and a half to swipe a vehicle, and it’s pretty scary to watch.

The criminals barely even touched the car in the video, posted below. They simply walked up to the car, fiddled with a bit of electronics gear, opened the car door, and drove off. According to the West Midlands Police, this is a “relay crime” and the first one caught on camera in the area. The box in one of the thieves’ hands is a relay box that finds the signal being sent from the key fob inside the house to the car. The second thief has another box that takes that signal and fools the car into thinking the fob is telling it to unlock and turn the car on so they can drive away.

If you just see this video online being passed around, it can be really scary to think how easy it is to steal a car with a fob. First of all, if your car only has a fob that unlocks the doors but does not trigger the ignition, your car is safe from attacks that use the fob signal to start the car and drive away. However, that doesn’t mean that criminals can’t unlock your car and loot whatever is in it. According to the team at Mashable, putting keys in a device called a Faraday sleeve is a good way to prevent relay crime happening to you. Basically, the material of the sleeve blocks any incoming or outgoing signals from your keys so that the relay boxes have nothing to duplicate.

As cars rely on their key fobs for more and more functions, it’s inevitable that crimes like this will increase. With just a little bit of preparation, though, you can protect your investment.