Quaker State Teams With “The Onion” for More Sarcastic Ads 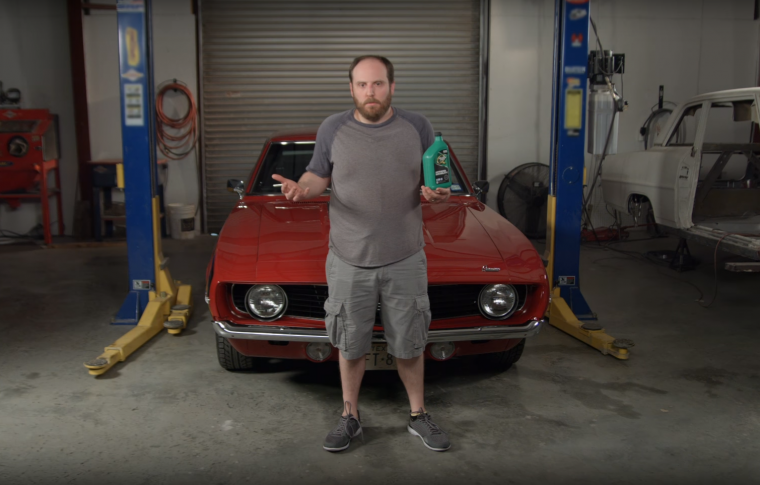 The satirical news publication The Onion and the motor oil company Quaker State may seem like an odd pairing at first glance… and at second glance, to be honest. In fact, when I went to The Onion’s website and searched their archives, I couldn’t find an article that had ever even mentioned Quaker State.

But since 2013, The Onion hasn’t just been producing fake news, but also real commercials, thanks to its Onion Labs advertising agency. Not surprisingly, though, the commercials they’ve been making play more like parodies than the real thing.

For example, take this Onion Labs-produced Quaker State ad, which starts off predictably enough, before morphing into something a little cleverer than your average motor oil commercial:

Motor Oil and More: Essential items for cooling off your car this summer

The video begins like any other cliché car product commercial, with a gruff voiceover, glamour shots of a vintage muscle car and the sexy eye-candy leaning up against it, and some typically cheesy lines.

But then the fourth wall comes crashing down, and we get a humorous “behind-the-scenes” skit about an overly-passionate commercial director who’s looking to find the truth in this commercial. That leads him to have the gorgeous model trade places with the microphone grip, who delivers the perfect tagline: “it’s just damn good oil.”

Almost all of the other videos follow the same formula: a parody of some type of marketing strategy, followed by the conceit that Quaker State doesn’t need such gimmickry to sell its product, and ending with the “damn good oil” catchphrase.

Car Advice: Why you should be wearing sunscreen when you’re driving

These sorts of self-conscious ads always risk becoming a bit too “cutesy” and ultimately being as obnoxious as what they’re parodying, but Quaker State and Onion Labs seem to have found a nice balance.

You can see more of the videos at Quaker State’s YouTube page.