Raceway 57 Review: Relive the Golden Age of Racing in a Board Game 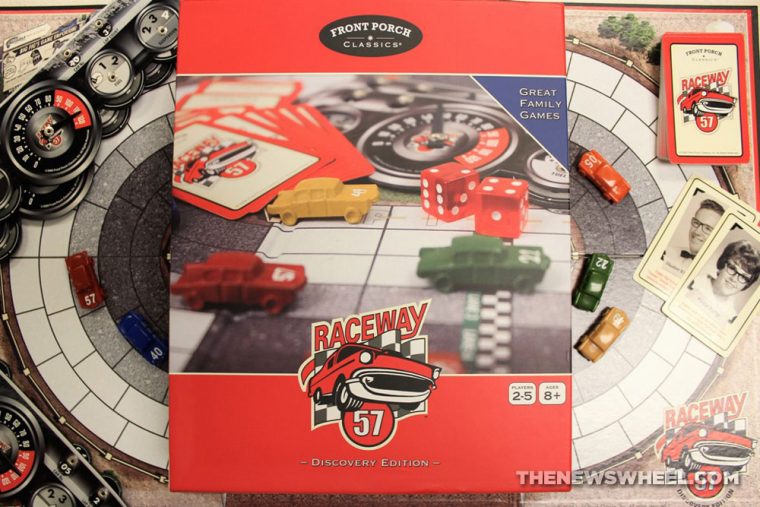 In recent years, society has become increasingly taken by a sense of nostalgia for activities and properties from yesteryear. Everyone has their own “good ol’ days,” and for many, those days involved time spent at the local racetrack, rooting for their favorite drivers. The vast majority of families don’t go to races anymore—and if they do, it’s a huge, highly commercial event.

Luckily, the feeling of being back at the neighborhood race track has been recaptured in Front Porch Classics’ board game homage to family-oriented 1950s motorsports culture: Raceway 57.

Don’t Get Duped: Five things to look for when buying a used car 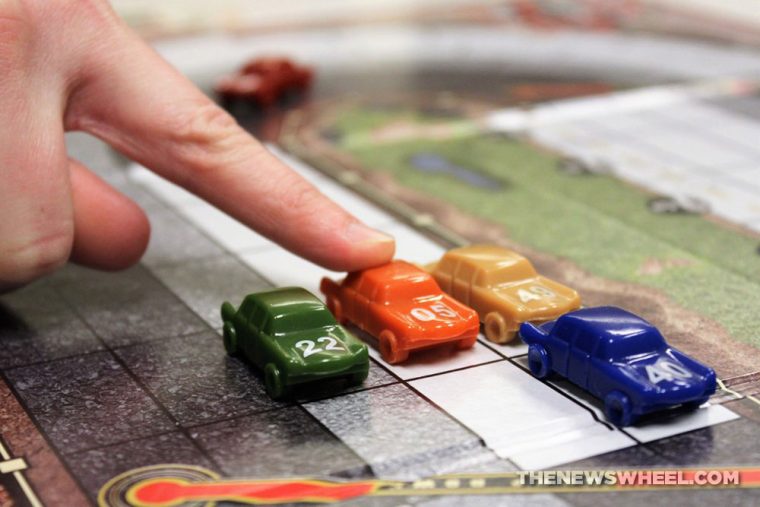 Begin your game of Raceway 57 by gathering two to five participants and having each one pick a car, dashboard, and reference card. Complete the rest of the setup by placing the cars in their starting order based on die roll, setting the dashboard dials, dealing three cards to each player, and rolling for turn order. 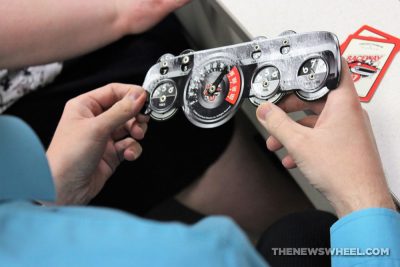 The goal of the game is to be the first player to cross the finish line (or the furthest past the line once the round ends and all players get the same number of turns). To achieve this, players race their colored cars down the track for a set number of laps (usually two).

Movement is determined by either die roll or playing a card from one’s hand. After each car’s movement ends, its location on the track determines what resource it has depleted: tires, suspension, or fuel. Resources are tracked on the dashboard. If one of the resources reaches zero, the car’s movement is severely limited until it can refill in pit lane.

Players can advance their car or hinder other cars by performing actions such as Red Lining, proposing a Chassis Challenge, or playing special wild cards. If your chassis condition reaches zero, you’re out of the race. But if you can survive, you might be lucky enough to win. 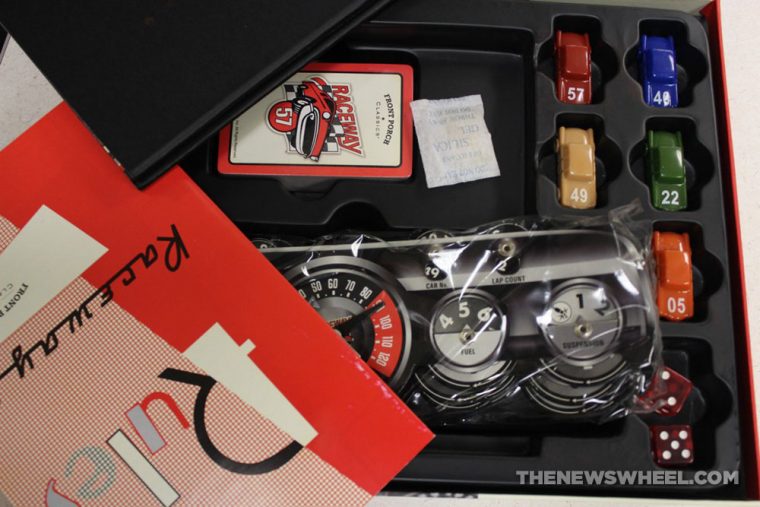 The game carries an appealing retro style to it, from its trivia/fun facts on the movement cards to the nostalgic backstory in the rule book to aesthetic of the pieces and artwork. Most racing games have a high-tech, grungy, or commercialized style to make themselves look “cool,” but the old-fashioned style of Raceway 57 is actually quite appealing.

The components are of good quality, including the durable dials (though they come a bit bent in the box since they don’t precisely fit), thick-rubber race cars with numbers printed on them, and glossy cards. It’s a satisfying level of value for the price of the game. The only error I noticed was the misprinting on the pit number dial of the dashboard.

Are You Prepared? You should always have these important items in your car 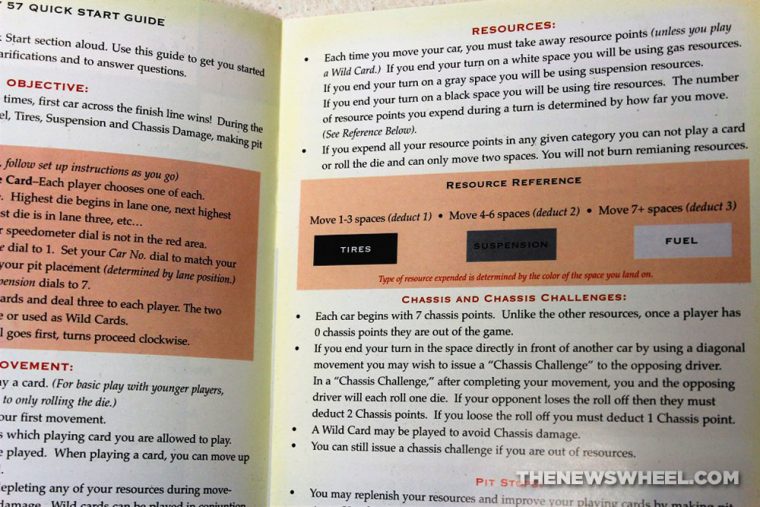 The rule book is divided into two sections: quick start and standard rules. While I like the idea of the quick start rules, they’re nearly verbatim to the full rules and only remove the associated pictures, so you might as well just read the full standard rules; the game isn’t that hard to learn anyway. The directions include many examples, images, and even a glossary. A couple times, we had to discuss and establish house rules for scenarios not covered in the book; it could’ve used more proofreading.

Understanding movement rules in Raceway 57 is much easier than other more complicated racing board games, which is refreshing if you’re trying to teach new players. 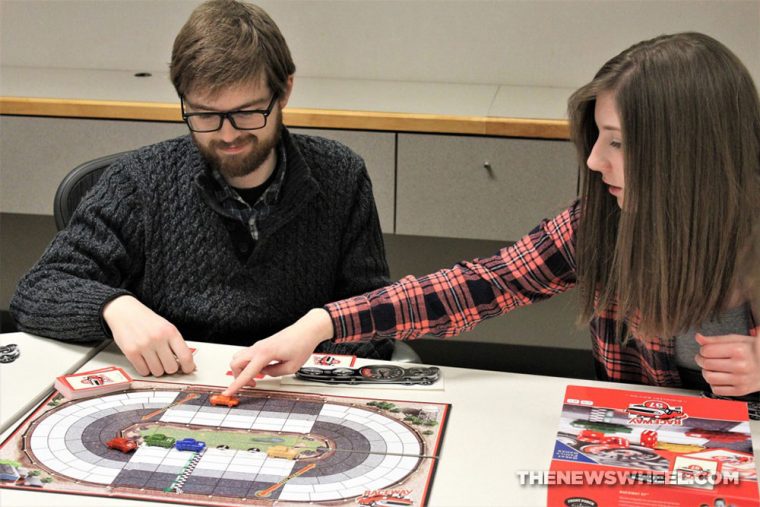 Being a fan of board games and an automotive journalist, I’ve played dozens of racing board games, so it’s refreshing to play a title that feels different from the rest of the crowd. It doesn’t rely heavily on strategy, but has just enough press-your-luck elements (deciding to skip a pit stop or make a chassis challenge) to make it exciting. Its integration of colored track spaces, resources, and movement were fluid and felt like a tight-knit resource management system. 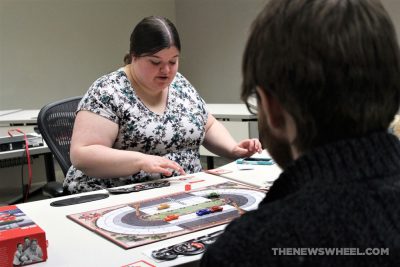 The movement cards were a mixed bag. The idea of having an alternate method of moving was appealing, but we hardly used the cards because the ones we drew were weak. They come in handy on occasion, if you draw the right cards, but they’re not a crucial aspect of the gameplay.

Based on our testing of the game, I highly recommend adding many of the advanced rules suggested in the rule book to every game of Raceway 57 you play. Thus, having more Chassis Challenges and laps make the experience more interactive, challenging, and rewarding.

Raceway 57 is a pleasant gateway game to introduce growing children to more complex racing board games, making it a solid choice for families with members of varying ages. It won’t satisfy the craving of adults who prefer strategy over luck, but it blends both factors enough to involve your whole family—which, ultimately, is what Front Porch Classics is all about.