RaptorTRAX Shredfest is the Best Five Minutes of Your Week 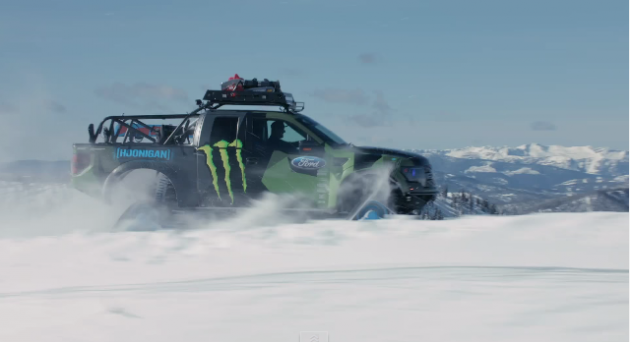 Check out the RaptorTRAX Shredfest

There are few friends to the image of the Ford brand better than Ken Block, and he’s gone and done yet another awesome thing behind the wheel of a Ford in the form of the RaptorTRAX Shredfest video.

It’s a video that is on one hand amazing and yet simultaneously a bit of a bummer for reminding us that we probably have another long, miserable winter to endure in the months ahead. After watching Block hoon around the slopes at Baldface Lodge in Nelson, BC behind the wheel of the inimitable RaptorTRAX, however, we’re inclined to forgive him for already making us dread the sound of snow shovels and ice scrapers.

For the uninitiated, RaptorTRAX is Ken Block’s Ford F-150 Raptor, modded by Special Vehicle Concepts with a Whipple supercharger and fitted with treads from Mattracks for the purposes of snownihilation. The video, which features snowboarders and fellow Monster Energy athletes Zak Hale and Ethan Deiss, shows off just what the RaptorTRAX can do. Spoilers: a lot of really badass stuff. 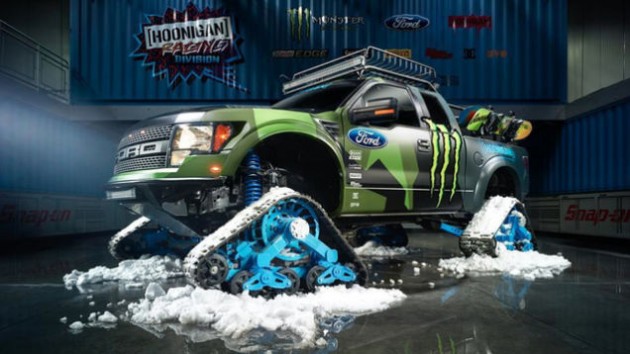