These days, writing about electric vehicles can be a depressing thing. The current administration seems widely opposed to green technologies, and although there are signs that we are on the edge of a great leap in the electric vehicle market, sometimes it seems much too far away.

So, let’s enjoy a good daydream, for a moment. Grab some coffee, munch on a granola bar or something, and here; I’ll even supply the tunes.

Now then, Renault, along with electronics company Qualcomm, has actually created a proof of concept for something which has been dreamed of for ages: roads that keep your car fueled, while you keep on rolling. 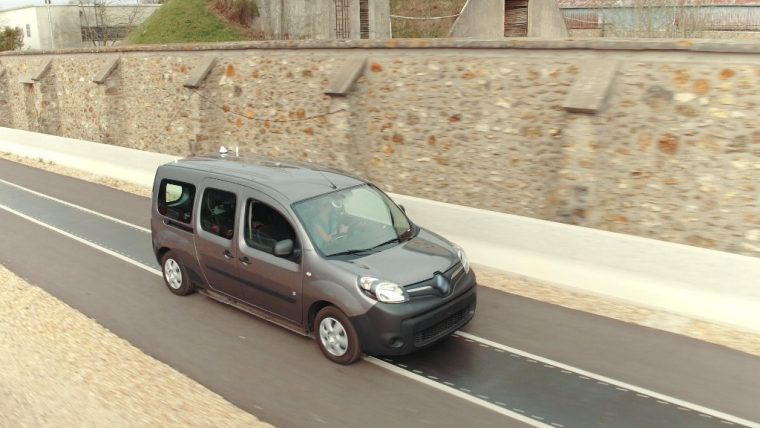 Basically, what they actually did was outfit some electric Renault delivery vans with wireless charging technology, and ran it down a test track which was outfitted with charging equipment in the center of the pavement, using some vehicle-to-track communications to control the amount of charge at any one time and to keep the van aligned on the track.

Now, let’s set aside the impracticalities for a moment, the cost of outfitting roads, the need for redesigned cars, the need for the current administration to change its mind on green technology, etc., and just imagine a road system where electric vehicles would be able to pass from city to city, not worrying about where the nearest charging station was, merely paying for the cost of using the “charging lane,” passing without issue from one side of the country to the other without anxiety. 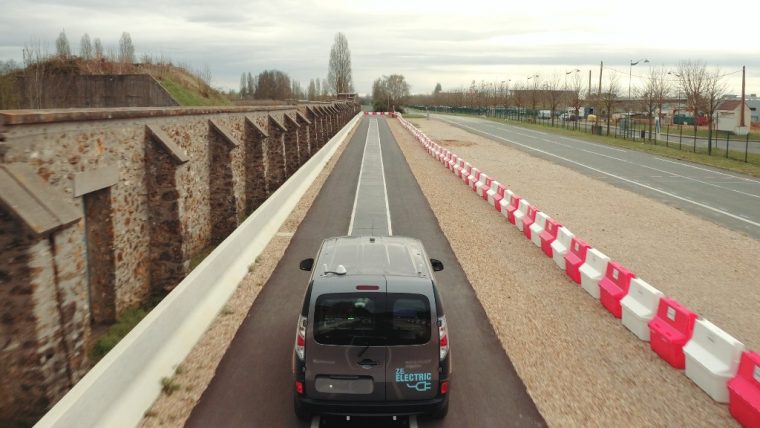 It’s a nice dream. I just hope that one day I wake up and find that the efforts of the Fabric project (which is what the program that this test was a part of is called) are no longer just a nice dream.

Because—setting aside things like whether electric cars are as fun to drive as internal combustion cars or whatever—man, would that be cool.