Reasons Why Your Speedometer Lies 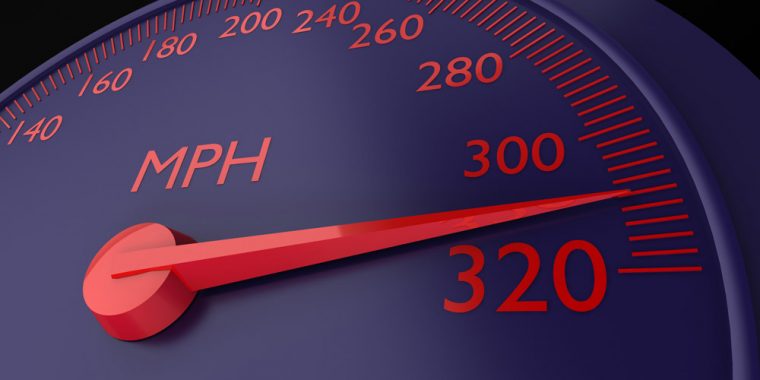 Even though the speedometer in a typical car, minivan, truck, sedan, or SUV reflects numbers of 140, 160 or even higher, it’s lying. Your vehicle (supposing you don’t own an actual racecar or racecar-esque car designed for the real world) will most likely never achieve the high-spirited accelerations on its speedometer.

In reality, your vehicle can probably only reach near or slightly over 100 mph, even if your speedometer says differently, according to Business Insider Writer Chris Weller.

So, why lie? Weller says automakers have their reasons.

“Logistically, automakers can’t make a new gauge for every car. Given the cost of doing so, they wouldn’t want to either,” Weller writes. “So, in an effort to streamline the process of making speedometers, many will use the same gauges for their mid-performance vehicles as for their higher-end models.”

Plus, high numbers—right there in black and white—appeal to and potentially influence (for better and worse) the inner speed demon/racecar driver that beats in heart of many drivers, according to Weller. If we see it, we think we can achieve it, so to speak.

To curb the negative psychological effect and subsequent impulse control failure of drivers who enjoy testing the speedometer needle, regulatory agencies have tried to intervene with a more reasonable speedometer design, writes Weller.

“In 1974, President Nixon created a national speed limit of 55 mph. (In older cars, you can still see a red line at 55, for just that reason). In 1979, the head of the National Highway Safety Administration enacted a rule prohibiting gauges from going above 85 mph. President Reagan overturned the rule two years later, and manufacturers quickly got back to making 120 the top speed,” reports Weller.

Since redesign interventions have failed, it’s up to you to do the right thing—for the sake of everyone’s safety on the road, it’s best to focus on obeying the speed limit when you drive and not your car’s no-good, lying speedometer, egging you on to engage in dangerous and illegal driving behavior.