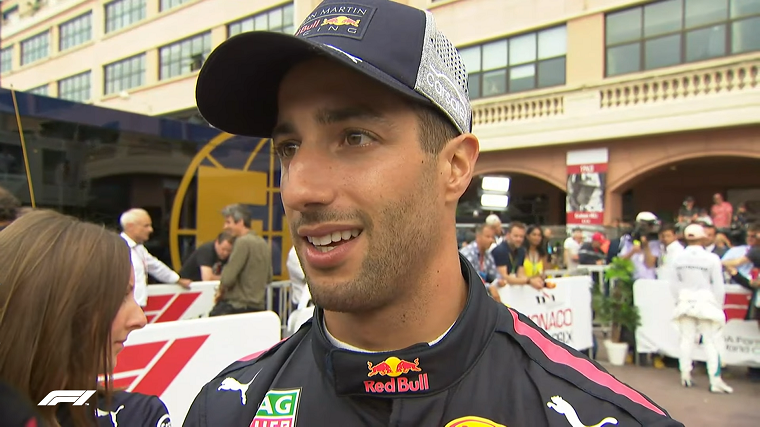 The Red Bull Racing Formula One team has two major decisions to make very soon: to switch to Honda engines or stay with Renault, and whether to negotiate a new contract with Daniel Ricciardo. Both have been the subject of a lot of press and speculation, and both could significantly affect the future of the team.

But Red Bull says that choosing between Honda and Renault is now its top priority. “The reality is finding a solution to conclude a deal with Daniel in the next couple of months,” said Christian Horner, Red Bull Team Principal. “First thing is get the engine sorted and then very much follow on from there with [the] driver.”

Daniel Ricciardo, who was brought up to F1 through the Red Bull young driver program and established himself as a potential star in 2014, when he was promoted to the Red Bull team and then soundly beat four-time champion Sebastian Vettel, has so far in 2018 been having a great season, which Horner says has raised his value.

“You could say that [winning] made Daniel more expensive, it has put his value up, or it’s put the team in a stronger position in terms of valuable potential to him,” he said, before acknowledging that Ricciardo was “continually raising his game.”

Ricciardo, who wants to drive for a championship-contending team, must then weigh his options between Red Bull, Mercedes, and Ferrari. Valtteri Bottas was only able to renew his contract with Mercedes for a year, and Ferrari’s Kimi Räikkönen has been on a repeated one-year contract extension since 2015. This means both teams could have a seat available for 2019.

However, there are many variables to take into account. For example, Ferrari is believed to have its eyes set on the promising Charles Leclerc for 2020, in which case it wouldn’t make sense to bring in Ricciardo only to drop him a year later—and Sebastian Vettel isn’t going anywhere.

Mercedes may also have other drivers in mind, and Lewis Hamilton may not like the prospect of bringing in a teammate who would be more challenging to beat than Bottas. And what if Red Bull catches up in 2019 (perhaps with the help of Honda)? Then Ricciardo would be left regretting having jumped ship only to watch his former car win a championship.

Because of this, it may be to Ricciardo’s benefit to also wait for Red Bull to choose its next engine supplier. Horner says that the final call on that “should be, hopefully, fairly obvious” and that “it will all depend on the data,” particularly with regards to the Canadian Grand Prix, where both Honda and Renault will be bringing engine performance upgrades.

Side by Side: Buying versus leasing