Red Light Cameras Have Saved More Than 1,200 Lives According to IIHS 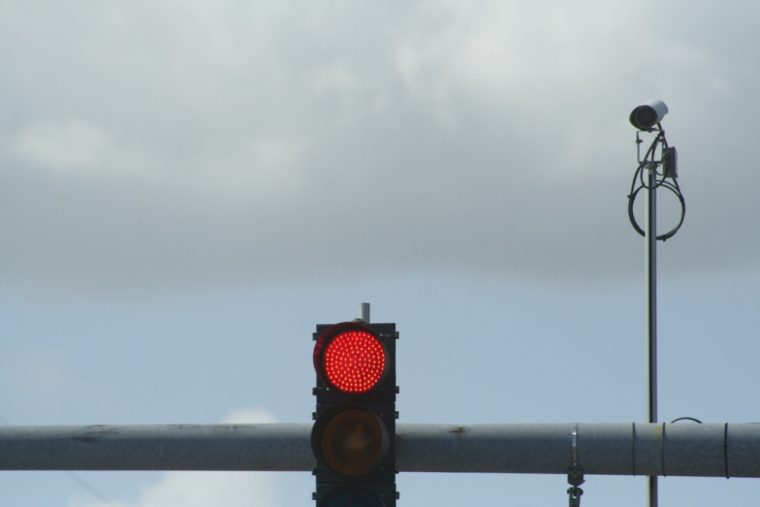 Some people have argued that red light cameras are more about making money, rather than promoting safety
Photo: © Ben Ostrowsky

Nobody likes getting a traffic ticket, especially when it’s the result of a camera taking a picture of your car because you couldn’t get through a red light quick enough or because you were traveling a few mph above the posted speed limit. However, a new report from the Insurance Institute for Highway Safety (IIHS) shows that while those cameras can be annoying to a large number of people; those cameras have actually saved the lives of many drivers, pedestrians, and bicyclists.

Red light cameras first started appearing in the US back in 1992 and they work by taking the picture of any car which crosses an intersection while the light is red. Authorities can then look at the license plate number in the picture and mail a ticket to the address that’s associated with that particular plate.

These camera systems were scrutinized because officers were not actually at the scene to witness the violation for which people were receiving fines. Due to this reason, some people complained that red light cameras were just a tool that local governments were using to make money.

As a result of this criticism, some cities stopped using red light cameras. In 2012, there were 533 communities in the US that utilized the technology, but that number fell to 467 in 2015.

The IIHS report also revealed that most of the people who died in red-light-running crashes were pedestrians, bicyclists, and the passengers inside the vehicles that were hit, but not usually the drivers who ran those lights and caused the accidents. In 2014 alone, there were 709 deaths caused by red-light running crashes and another 126,000 people were injured in these types of accidents.

“We know we have a problem: people dying at signalized intersections because of people running red lights,” said IIHS President Adrian Lund. “We know red light cameras are part of the solution.”