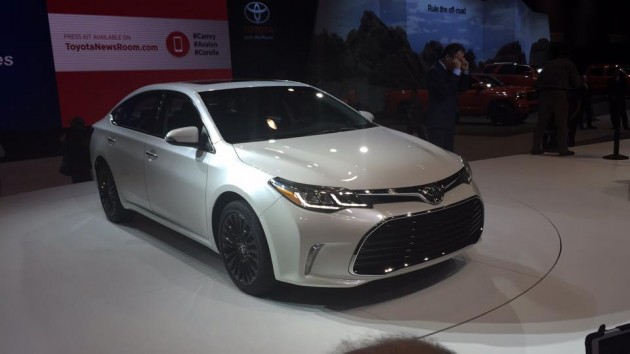 Toyota has never been the most exciting automaker in the world—a fact that Toyota GM Bill Fay was more than happy to admit during the automaker’s press conference at the 2015 Chicago Auto Show. While customers have long bought Toyota vehicles for their durability and reliability, today’s drivers want something that’s both stylish and fun to drive, while remaining practical. As a result, Toyota has been switching up its game as of late—something that became clear as the automaker revealed three distinct models this afternoon in the Windy City.

The Avalon is a full-size sedan that competes with the likes of the Chevy Impala and Chrysler 300. While still newly in its current generation, Toyota decided that 2016 was the perfect time to revamp the Avalon and make it more exciting, while still staying true to its roots. The result is a pleasantly attractive sedan which boasts LED headlights and daytime running lights, new LED taillights, 18-inch alloy wheels with a dark-grey finish, and two significantly improved suspension systems. 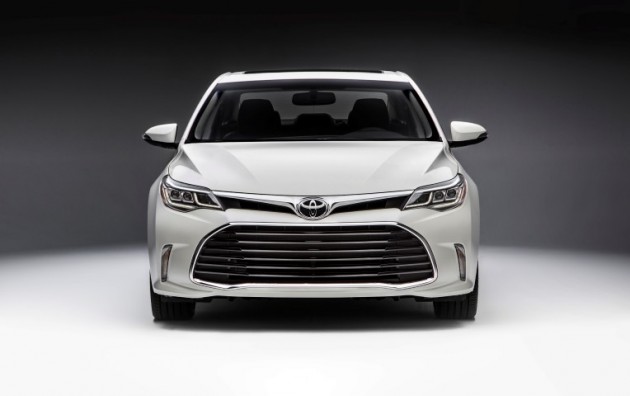 The 2016 Avalon’s engine will carry over from 2015. It’s a 3.5-liter V6 that’s good for 268 horsepower and 248 lb-ft of torque. Additionally, the Avalon will continue to offer three hybrid trim levels, which are rated by the EPA as getting 40 mpg in the city and 39 mpg on the highway—surely a best-in-class achievement in the full-size sedan segment. The 2016 Avalon will be available at dealerships this fall.

In closing, Bill Fay pointed out that the three cars displayed were painted in significant colors—red, white, and blue—which symbolized Toyota’s commitment to North America. In fact, earlier today, the 500,000th Mississippi-built Corolla rolled off the production line at the automaker’s Bluesprings plant. In fact, said Fay, over 70% of cars Toyota sells in North America are built right here, which is fairly impressive for a foreign company.

Fay finished by letting us know that Toyota would have another major announcement at the New York International Auto Show this spring, so stay tuned and we’ll keep you updated as and when we hear more.