Release Your Inner Pilot with these Racing Video Games 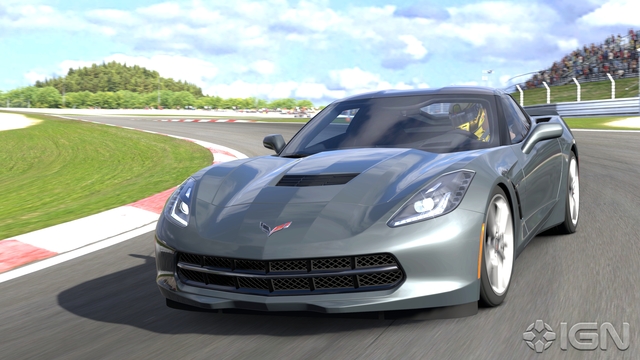 Ever wanted to enjoy the excitement of racing a turbocharged McLaren MP4-12C through the Champs-Élsyées? How about kicking in seventh gear and overtaking someone at 150 miles-per-hour under a beautiful sunset, or powering your way through a nasty crash in a high-stakes competition?

For many people, the thrill of high-speed racing remains sourly out of reach. It usually comes down between investing thousands of dollars in a racing career from the earliest ages and hoping to be picked up by a trusting sponsor, or devolving into the realm of illegal street racing. For most, neither of these options is possible (or acceptable).

Fortunately, video game companies have been working hard on racing video games for decades, and they’ve never looked or felt as good as they do now. The cars are perfectly replicated, the sound fidelity is astonishing, the tracks are as gorgeous as they are accurate to real life, and the advanced virtual physics make the games remarkably realistic. Throw in a gaming wheel and pedals to spice up the experience and players get to enjoy all for the delights of motorsport competition without the danger or enormous expenses.

On the downside, there are very many racing games out there, and it may not always be clear which offer the experience you seek. For that reason, I will list five different racing games of various styles that I believe have completely unique yet outstanding experiences to offer. Take a look at the list, make your pick, and go enjoy some quality racing.

Okay, so maybe these two are pretty similar—but I promise this is the only exception. Both are critically acclaimed and both fulfill the same role in the video game market in that they aim for perfect simulation. While a lot of games might sacrifice a bit of realism for the sake of player fun, Forza 4 and GT 5 are all about precise emulation. The cars have to drive exactly like they do in real life—they will punish you for piloting errors, just as they will reward you for above-average driving.

The major difference is the platforms on which they can be played, which is why I listed them both despite being in the same category. Forza Motorsport 4 is available only on the Xbox 360, and Gran Turismo 5 is exclusive to the PlayStation 3, so you’ll have to decide based on your favorite console.

The Grid racing games may not be perfect simulations, but they still get it mostly right when it comes to car, track, and physics realism. The major difference from the aforementioned games is Grid might be more forgiving in some respects. It doesn’t aim to be 100% real, but it comes pretty close.

Grid is a game that focuses on the player’s racing career, setting up an entire world in which the player starts with no money and no cars, and has to attend driving events to earn sponsors. As the player progresses through the game, he will gain more money and reputation and get to advance in the game’s unique competitive series. It’s not as realistic from a purely technical standpoint, but the overall experience may feel more involving to the player.

You can play this game on just about any platform: PC, PlayStation 3, and Xbox 360.

This game makes no attempt at realism, but it’s a blast to play and can potentially offer you more hours of fun than any of the others mentioned in this article. In TrackMania, you can drive through loops and over walls and reach ludicrous speeds on an unlimited number of tracks (you can build your own and share them online). The greatest part is that even though the game isn’t realistic, it doesn’t feel wonky. It’s not hard to do crazy burnout spins, and within the context of the game, it actually feels natural to race up that ramp and do a wall ride.

There are a lot of different TrackMania editions out there, but Nations Forever is completely free and offers almost everything you’d want from the paid version of the game, which easily makes it the best free video game I’ve ever played. However, it’s only available on the PC.

Formula One is the pinnacle of auto-racing. As such, no video game racing list could be complete without an F1 sim—and no recent video game truly captures the experience of the sport more than F1 2012.

Start your racing weekend and go for a few warm-up laps around one of 20 tracks from around the world, then bring out your A-game for the qualification round. The better your time, the closer to the front of the starting grid you’ll be on racing day. Then revel in the experience of being surrounded by 23 other revving V8s housed by the most powerful racing machines ever created.

Just look at this. Doesn’t it make you want to race?

But don’t be fooled by the comfort of your home office chair and air conditioning—if you don’t press down on the brakes at just the right time when approaching that corner at 150 mph, you’ll either end up in the gravel or watch every one else zoom past you. It’s not easy being an F1 pilot, even in the game.

This game is available on all platforms. PC, Mac, Xbox, PlayStation, you name it.