Renault Believes Honda F1 Progress Will Slow Down in 2019 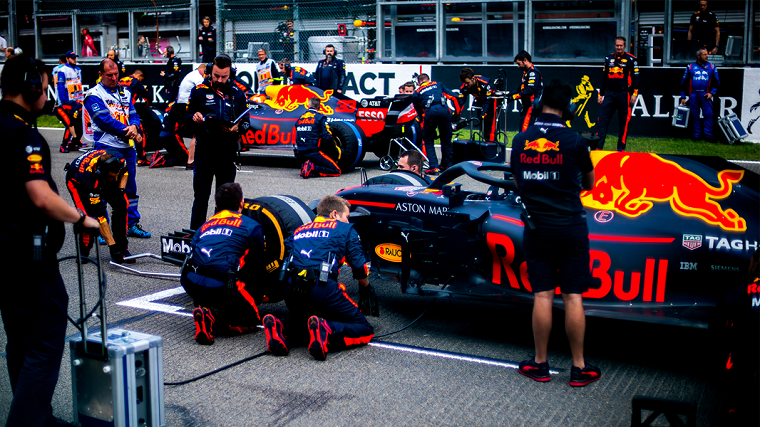 Red Bull Racing hopes Honda will be able to maintain the same rate of progress it showed with Scuderia Toro Rosso throughout the 2018 Formula One season, but Renault’s former engine partner doubts this is possible.

Cyril Abiteboul, the Renault managing director who famously doesn’t get along with Red Bull team principal Christian Horner, believes Honda’s engine improvement in 2018 was helped by its policy of regularly bringing new upgrades regardless of penalties.

F1 regulations dictate that a car must only use three power units throughout the season. Any additional unit or major component used incurs a grid penalty, but both Toro Rosso drivers used eight power units each. Abiteboul believes that now that Honda is supplying Red Bull, this strategy will no longer be viable.

Related: What does the future hold in store for Honda?

“No one is making any noise when that happens to Toro Rosso, but I expect a bit more noise if that has to happen to Red Bull,” he said. “So that will naturally slow them down. If they want to comply with the regulations, they will have two or three shots maximum to improve their power unit during the season.”

Still, this is something Red Bull will have taken into account, and allowing the junior team to take penalties to maximize engine development would not have been a strategy that only Honda had a say in. More likely Red Bull wanted it this way to accelerate Honda’s development and help the manufacturer be in the best possible position come 2019.

By the end of 2018, it can be argued the Honda engine had already exceeded the capabilities of the Renault engine. We’ll get a better look at how the new 2019 units compare in pre-season testing next month. No matter what happens, it’s bound to be interesting.