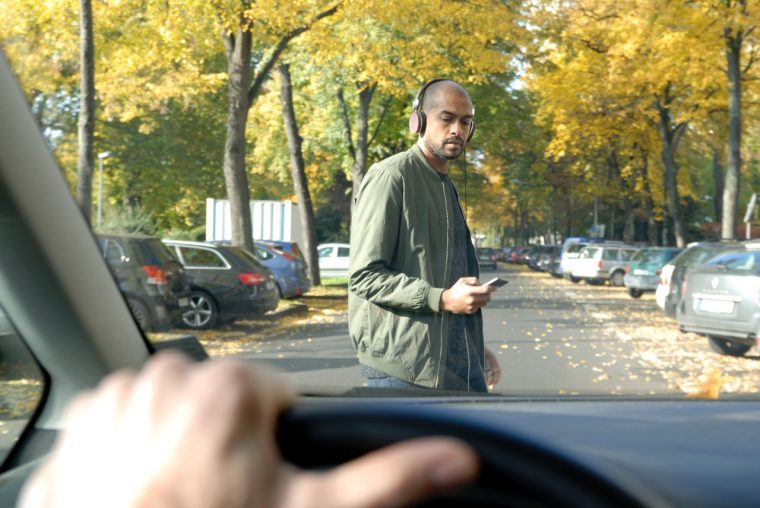 As more and more cars have been sold, typically the “record levels of collisions” talk has revolved around vehicle-to-vehicle crashes or vehicle-to-object crashes. However, according to the Associated Press, we should probably be adding vehicle-to-pedestrian collisions to the grisly record books.

According to the Governors Highway Safety Association (GHSA), pedestrian deaths in car crashes have risen to nearly 6,000 last year—a sharp jump of 11% to the highest total in over 20 years.

However, here the blame does not seem to be on the simple proliferation of car sales. Researchers instead seem to think that the blame should be dropped on the cause of so many car crashes: distractions (mostly cell phones). Of course, they aren’t at all sure, because that is very difficult to confirm. However, miles of driving and walking have apparently only risen a few percentage points while texting and wireless device use has, of course, skyrocketed.

Richard Retting, safety director for Sam Schwartz Transportation Consultants and author of the GHSA report, defended the cause conclusion, summing up the argument by saying, “It’s the only factor that that seems to indicate a dramatic change in how people behave.”

This report isn’t necessarily conclusive—it is based on data from the states and District of Colombia from the first half of 2016 extrapolated out for the rest of the year. However, signs aren’t good, as this makes for the largest annual increase in deaths in the 40 years since the records started being kept.

So, the bottom line seems to be that putting down the phone while driving isn’t just about protecting people in the car—it’s about everyone walking by on the sidewalk as well. Also, when you are crossing the street, it will probably be best to wait to finish your text until you are safely on the other side.