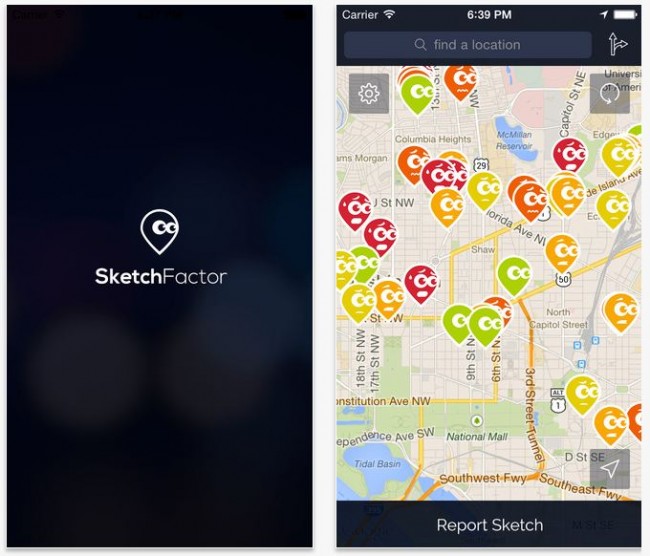 The all-new SketchFactor app launched on Friday and is available now at iTunes App Store. The SketchFactor app was created by Daniel Herrington and Allison McGuire of Manhattan and allows users to find out precisely how sketchy a neighborhood is deemed to be. Proving just how useful the app can be if used (and how not useful it can be if it is, you know, not used) is Washington, D.C., CBS News affiliate, WUSA, which had its van burglarized while the crew was in a neighborhood reporting on the SketchFactor app.

The news van had been locked on a street in Petworth, a neighborhood in Northwest D.C. Little did the crew know that while they were out collecting interviews from citizens who claimed the neighborhood was actually pretty safe, the van was being broken into. Laptops, phones, cameras, and other electronics, as well as personal belongings, were all picked up.

Related: Women Get Better Deals Than Men While Car Shopping

Interestingly, another phone app saved the day for the crew—partially. The Find My iPhone app was able to track down intern Taylor Bisciotti’s stolen iPhone after the crew filed a police report. The phone had been ditched in a dumpster, possibly because the criminals knew that the phone would be tracked but probably just because it had a huge ugly crack in it.

James Hash, a photographer for the news team, was actually the one who dived chest-deep into the trash to find an odd assortment of dumped belongings: the iPhone, random wires, a camera battery, and more. Even with those items found, however, the criminals still managed to get away with several thousands of dollars worth of equipment and belongings.

I wouldn’t be surprised if the news crew posted their own review of Petworth to the SketchFactor app. You know, as soon as they all get their mobile devices back to download it.