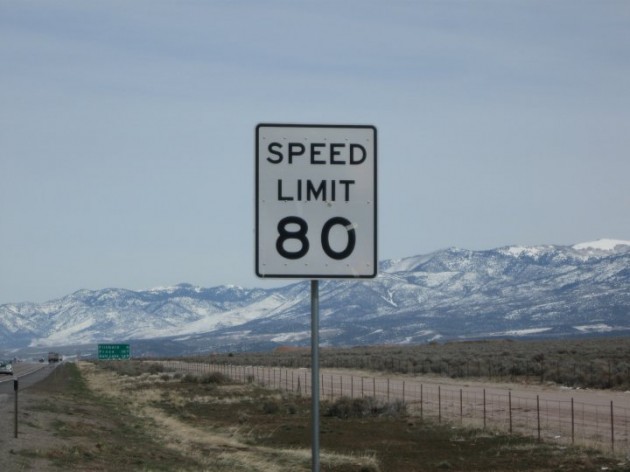 Highways across the United States have been gradually raising speed limits over the past several years, with many states moving maximum speed limits for vehicles up to 70 mph. Idaho, Texas, Utah, and Wyoming are currently the only three states with speed limits of 80 mph or more, and reports from the Utah Department of Transportation suggest that the increased speed limit on 36% of all Utah highways could be resulting in better driver compliance and fewer crashes.

According to the Missoulian (via Car Scoops), the Utah DoT pulled together data covering two stretches of I-15 where the speed limit is 80 mph and found that there was a 20% reduction in drivers going in excess of the speed limit and an 11%-to-20% drop in crashes in which speed was a factor. These figures are in comparison to the previous speed limit of 75 mph.

The idea seems to be to give drivers the leeway necessary to drive at the speeds at which they feel most comfortable without inhibiting with a speed limit.

In Wyoming, Highway Patrol workers are writing about the same number of speeding tickets in stretches where the speed limit has increased from 75 to 80 mph; in Idaho, the number of speeding tickets written on the 80 mph stretch of I-84 is said to have increased by 300 over the previous year, much of which is said to do with a stricter enforcement of the 80 mph limit.

It is far too early to draw any definitive conclusions, but it will be interesting to see what the bigger picture reveals about 80 mph speed limits and how they impact posted speed limits across the country in the future.

More News: Google Glass Behind the Wheel: More Dangerous than We Thought?