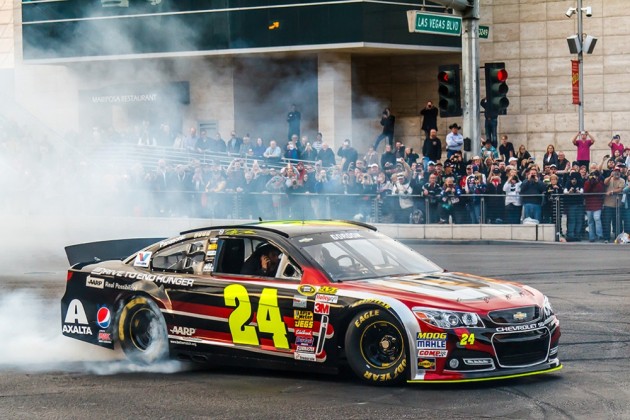 Jeff Gordon doesn’t have many chances left to pick up a win in his final season.
Photo: James Marvin Phelps via Flickr

After finishing runner-up in the last two NASCAR Sprint Cup Series races at Sonoma, Jeff Gordon is looking to take his No. 24 Chevrolet SS to victory lane for the first time this season.

Gordon has five career wins at Sonoma Raceway, with his last win at the track coming in 2006. Sonoma is 1.99-miles long and features 12 turns. The Sprint Cup Series only visits road courses twice a year and Gordon is one of the few drivers that’s comfortable making left and right turns, as he has also picked up four career wins at the Cup Series’ other road course, Watkins Glenn.

So far in 15 starts this season, Gordon’s best finish was third-place at Bristol, all the way back on April 14th. He is currently 13th in the point standings and a win at Sonoma would automatically qualify him for a spot in the Chase for the Sprint Cup, which are basically NASCAR’s playoffs. After this week, Gordon will only have 20 more chances to pick up a victory in his goodbye season. 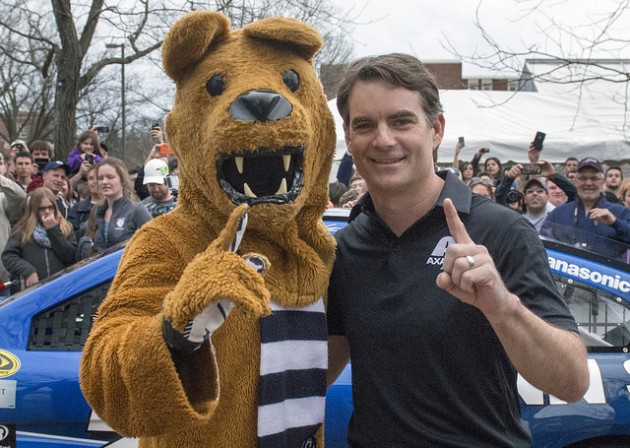 The 43-year-old Gordon announced earlier this year he would be retiring after this season and would be joining Mike Joy and fellow NASCAR legend Darrell Waltrip on the Fox broadcast team. Gordon, a four-time Sprint Cup Series champion and co-owner of Jimmie Johnson’s No. 48 Chevrolet SS, will start his full-time role as a Fox broadcaster beginning with the 2016 Daytona 500.

Here’s a Jeff Gordon tribute video made by a YouTube user: