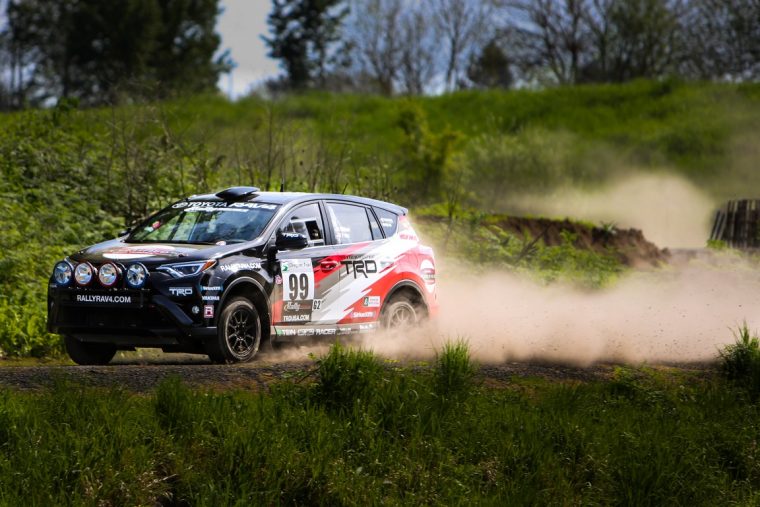 The Toyota Rally RAV4 in action

For this past weekend’s Oregon Trail Rally, Toyota’s Rally RAV4 team pretty much had to rebuild their ride from the ground up, following a series of challenges at last month’s 100 Acre Wood rally. Driver Ryan Millen and his navigator/fiancée Christina Fate were more than ready to tackle the terrain in Portland, Oregon, this past Friday, Saturday, and Sunday.

“I’m really proud of how this team has responded,” explained Millen. “We worked a ton of hours and changed out almost everything.  We’ve basically built a new car.” Over a month has passed since Missouri’s 100 Acre Wood rally, which afforded the team plenty of time to rethink their strategy, make modifications to the vehicle, and rest up ready for a hard weekend of racing. 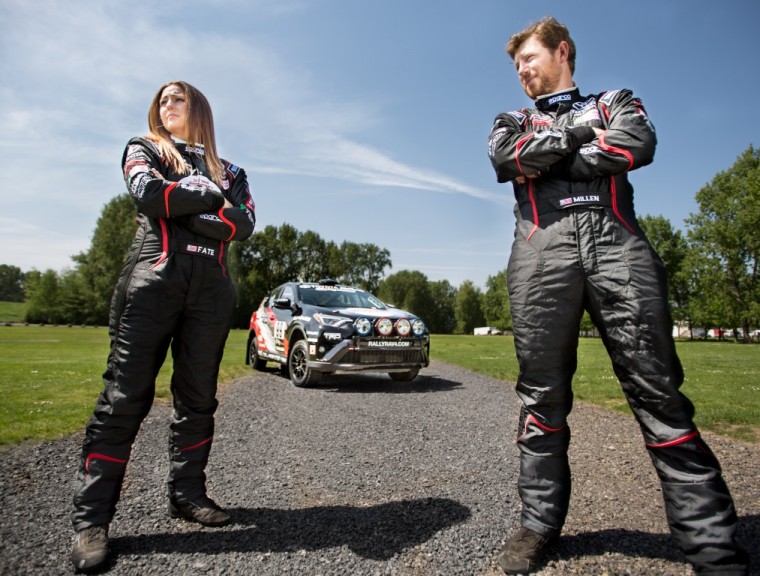 Ryan Millen and Christina Fate with their rally car

The Oregon Trail Rally is slightly different from other, similar events, in that it has a stage that is held entirely on a tarmac surface rather than off-road. This meant that the Rally RAV4 team had to think of a different strategy in order to navigate the additional grip provided by the roadway. “We’ll have our work cut out for us,” said Millen. “We’re still looking at the big picture.  Championships are about putting points on the board, and we are ready for just that.” 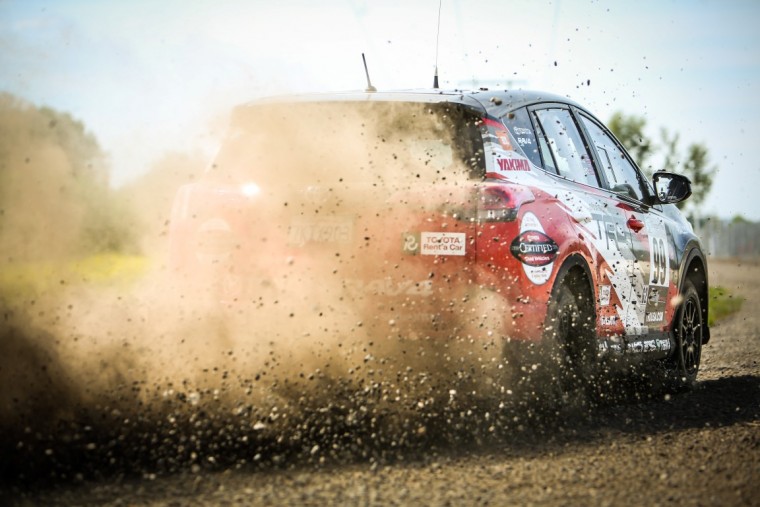 Millen and Fate raced against vehicles from manufacturers like Ford, Subaru, BMW, MINI, and Volvo. In the end, the team was beaten by driver Troy Miller and co-driver Ole Holter in the Ford Fiesta R2 in the two-wheel-drive class, who finished in seventh place overall. First place went to David Higgins and Craig Drew in the FY Racing Subaru WRX STI, which was the third win in a row for Subaru Rally Team USA, and the second year in a row that the team has won the Oregon Trail Rally. These results are unofficial pending post-race reviews.

UPDATE: The RAV4 SE has been deemed the winner in the two-wheel-drive class, beating out the Ford Fiesta R2 by just 10 seconds. This marks the team’s first win in this season’s Rally America season.