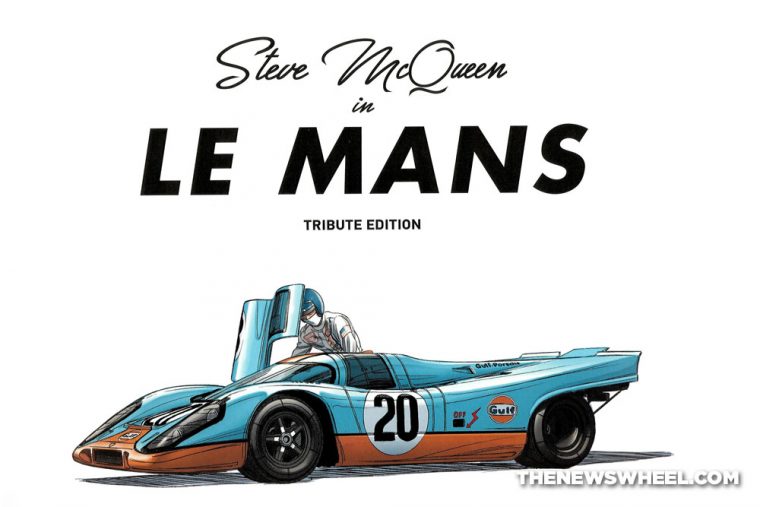 Back in 1970, Steve McQueen worked with director Lee H. Katzin to film a highly-authentic, documentary-like movie that took place within—and was largely filmed during—the year’s 24 Hours of Le Mans race. Using cutting-edge camerawork to capture the intensity of the white-knuckled race with the action, the movie Le Mans was more concerned with the visual portrayal of speeding, swerving cars than its main characters.

Because of this focus, the film received mixed reviews, but audiences did agree on one thing: the footage was spectacular.

It’s no stretch, then, that such a visually dactylic story would translate well to another visual medium—the graphic novel—if guided by the right artistic hands. Garbo Studios’ Steve McQueen in Le Mans not only successfully adapts the 1971 film from screen to page, it breathes new life into McQueen’s cinematic achievement.

The Man Behind the Wheel: Learn about Steve McQueen’s life in this graphic novel biography 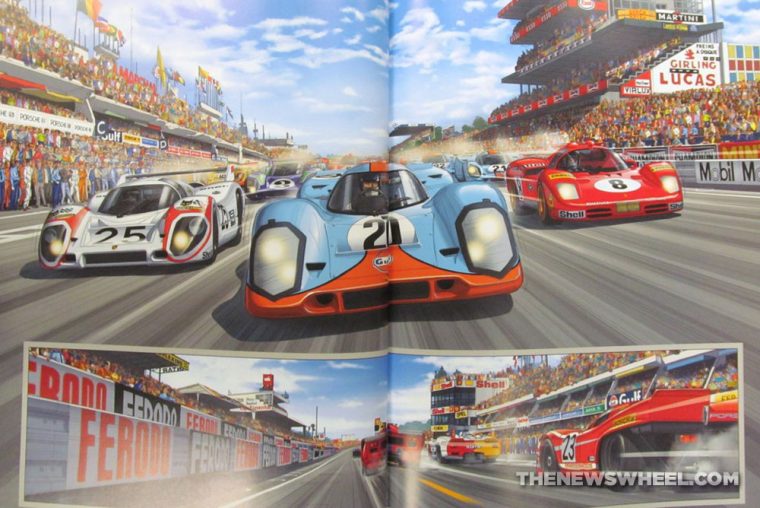 The main character, Michael Delaney (played by Steve McQueen in the original movie) is a hotshot endurance driver who’s repeatedly beaten out by his friendly rival Belgetti. When a devastating crash on the 24 Hours of Le Mans circuit results in Belgetti’s death, Delaney returns from the edge of death to make a miraculous recovery and compete in Le Mans the following year. With the ambitious competitor Erich Stahler determined to put Delaney in his place, and Delaney’s attention on Belgetti’s widow Lisa, there’s more at stake on the race track at Le Mans than ever before.

The book rearranges the order in which events are told, swapping out the flashbacks in the original film for a chronological story that fits the graphic novel medium far better. 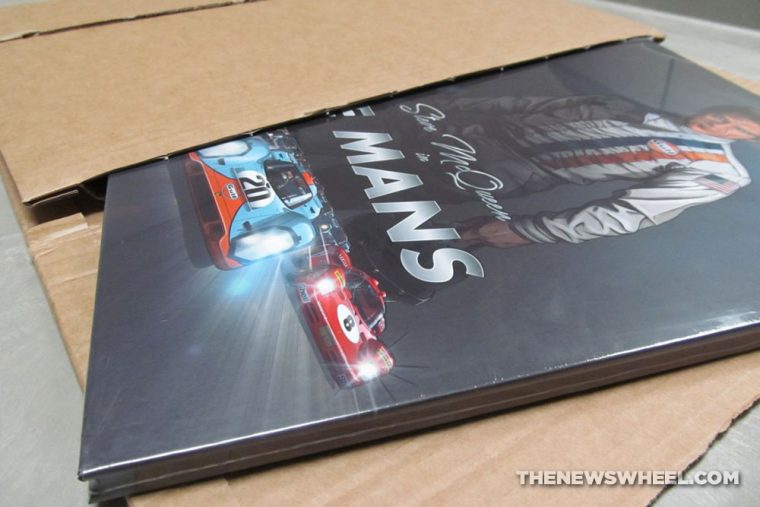 Most graphic novels are around 10.5 by 7  inches; Steve McQueen in Le Mans majorly dwarfs that. Closer to coffee table book dimensions than a comic book, Steve McQueen in Le Mans stands head and shoulders above any other graphic novels—and for good reason. While the tome may seem unwieldy large on the shelf, cracking open its pages reveal how important it was to print the hand-drawn panels on such large pages; printing on any pages and smaller wouldn’t have done the artwork justice.

The cover is solid, and the glossy finish on the images make them pop. I especially like the spine that shares the same colors and lines as Delaney’s #20 Porsche 917K in the book. The pages are thick and retain the color/lighting of the artwork without graininess or discoloration. 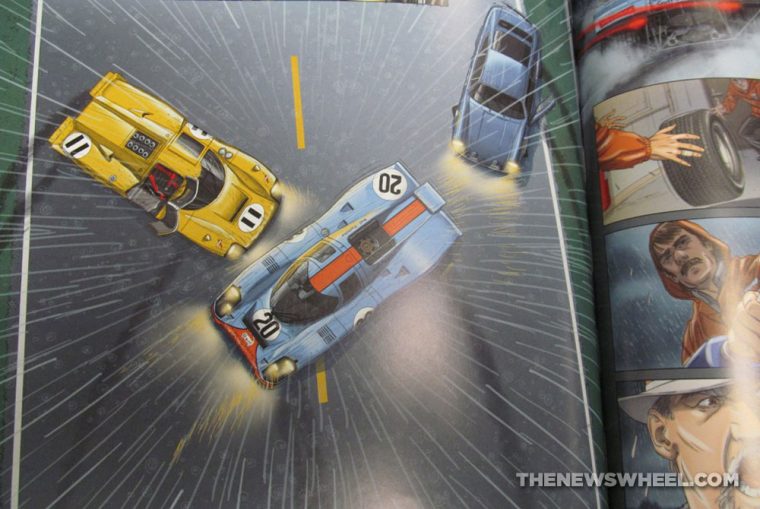 I grew up with an insatiable interest in comic books, bringing home armloads of back-issues from the library every week. The blend of visual and minimal-dialogue storytelling held so much potential, and whenever that balance was perfectly struck, the result was stunning. 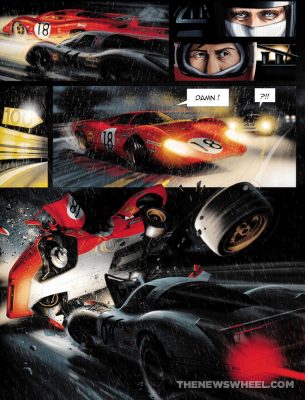 With my eyes having perused so many panels over the years, I can genuinely admit that Steve McQueen in Le Mans is one of the most visually arresting and impressive graphic publications I’ve seen—not just in the pencil and color work, but in the larger scope of how each panel is staged. There’s a tremendous use of foreground and background to make the tracks and crowds seem huge. Every couple pages, there’s a eye-grabbing spread that boldly dares anyone to denounce graphic novels as “not real art.”

If you’re skeptical that the intensity of auto racing—something fundamentally involving motion—can be translated to the static page, Garbo’s artistic team skillfully recreates that kinetic fervency.

Admittedly, the book as a whole isn’t flawless. The use of text is sufficient but not inspired; conversations are kept to a few sentences, luckily, and most of the exposition comes from race commentators. There’s a recurring overuse of punctuation (particularly exclamation points, especially as reactions). The characters themselves aren’t particularly memorable—a problem with the original film that isn’t necessarily improved here, but the overly simply story of Le Mans fits the visual storytelling style of the paneled page well.

Still, the stunning visual composition of each page of Steve McQueen in Le Mans more than makes up for any story and text flaws. This first entry ends on a brutal cliffhanger, and I can honestly say that I’m thrilled to get my hands on Part II when it’s released in 2018. If it’s near the same caliber as this first entry, we’re in for another treat.

Steve McQueen in Le Mans is available through the publisher’s website.