Ricciardo Has Decided: He Stays at Red Bull 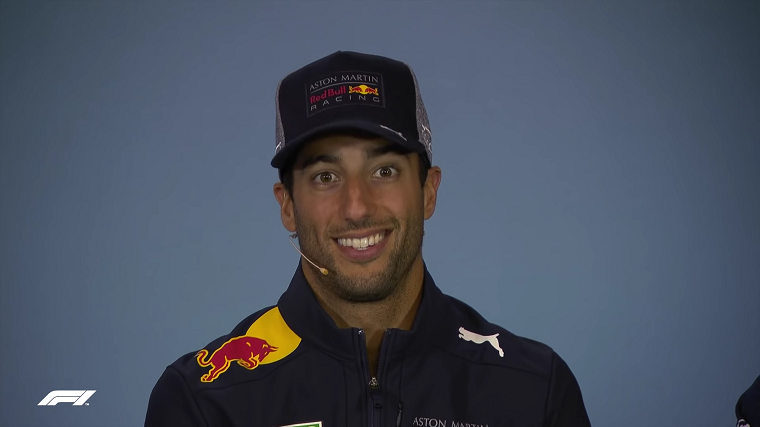 Though it is not yet official, Daniel Ricciardo has reportedly made his decision about which team to drive for after the 2018 Formula One season: he will stay at Red Bull Racing, but with a contract updated to close the economic gap with Max Verstappen, who signed a lucrative extension with the team last year.

This almost definitively marks the end of what has turned out to be a much less silly “silly season” than had been expected, considering that four of the six drivers in the top three teams did not have contracts signed for 2019 and beyond.

But Ricciardo, though he no doubt courted teams like Mercedes and Ferrari, will remain with the team that has brought him seven Grand Prix victories, and that will next year switch to Honda power — something the Red Bull team is looking forward to with cautious optimism.

It’s quite possible that Ricciardo knew all along he would not be able to move out of Red Bull and instead extended the negotiation period to put himself into a better position. Indeed, he has often looked better than his better-paid teammate in 2018, who currently trails him by nearly 30 points, a significant gap at this stage of the championship.

Though Verstappen quickly made a name for himself in F1 with spirited drives and sheer talent, leading some to believe he would drive Ricciardo out of Red Bull — a team with a history of favoritism — the Aussie has demonstrated that he is more consistent and reliable at bringing home points.

What’s more, the $20 million offer that McLaren was recently rumored to have made Ricciardo no doubt helped improve his value in the driver market. Two days ago in Austria, Ricciardo met and came to an agreement with Helmut Marko, advisor to Red Bull owner Dietrich Mateschitz, and have reportedly left with only some details to iron out regarding his contract.

The new Honda deal is certain to have been a factor in motivating Ricciardo to stay. Red Bull has been seeking an exclusive partnership with an engine manufacturer for a few years and has now found it in Honda. This will allow the team to better craft its chassis in concert with the engine and also allow Mobil, its oil provider, to have a say in the engine development rather than be forced to work with existing specifications.