It’s not really a secret that I am a huge fan of the American version of The Office. I won’t venture to say that I am the world’s biggest fan (though I am), but suffice it to say, I am constantly watching the series on loop every night before bed and can no longer say the word “awesome” without following it up with “blossom, extra awesome.” 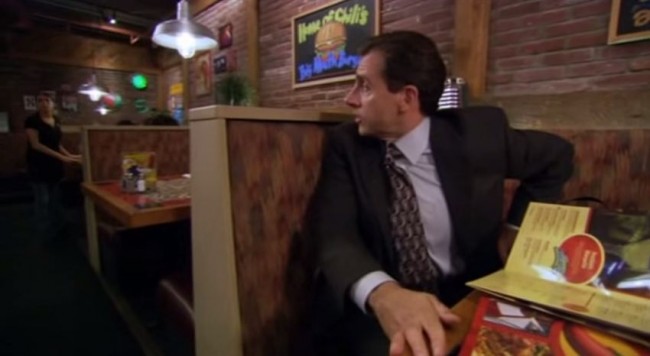 “Megan, may we have an Awesome Blossom please, extra awesome?”

But I am also a huge fan of the British version (the original Office), which was the brilliant work of Ricky Gervais. Following the trend of British series that I just don’t understand, each season was incredibly short, and the show did not last long, which is a shame because Gervais’ character of David Brent is absolutely hysterical.

So when fellow editor, Kyle Johnson, told me yesterday that Ricky Gervais will reprise his David Brent character for a new film called Life on the Road, I nearly wet myself. (No, really, I was finishing up a Water Challenge we’ve been doing around the office, and my bladder was at full capacity.)

The BBC-backed film, Life on the Road, will begin shooting next year and will follow Gervais’ David Brent on his quest to become a rock star, 15 years after leaving Werner Hogg, the British version of Dunder Mifflin. (Let’s just hope this film is better than Rainn Wilson’s venture into rock-and-roll.)

It’s no stretch of the imagination to think of David Brent hitting the open road on a quest to become a rock star. Music was always a passion of his, as demonstrated by his “Free Love Freeway” song from season one.

And during the Christmas special, Brent even created a music video for the song “If You Don’t Know Me By Now.”

But even after the series ended and Gervais went on to star in Extras and Derek (watch Derek right this instant on Netflix if you have not yet because it is actually quite poignant and just has two short seasons), Gervais reminded us of Brent’s musical aspirations in a series of guitar lessons that Brent published to YouTube. 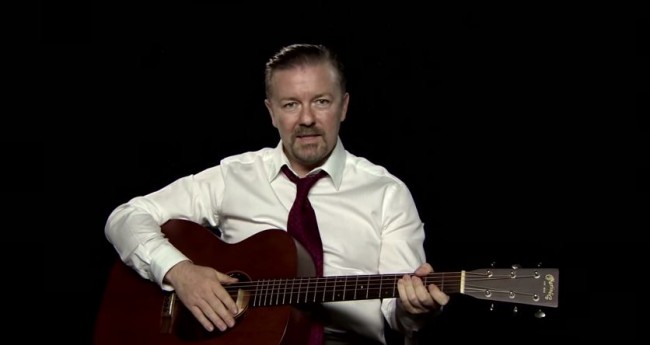 I’m not sure when this movie is scheduled to hit theatres, but you can bet I’ll be there, front and center, watching Brent get into all of his wacky road trip adventures. And of course, I’ll now be holding on to some hope that maybe one day Steve Carell will make the best decision of his life and reprise the role of Michael Scott, the single greatest character ever created for film or television, in a new movie. I would be first in line to see that thing go up.

That’s what she said.