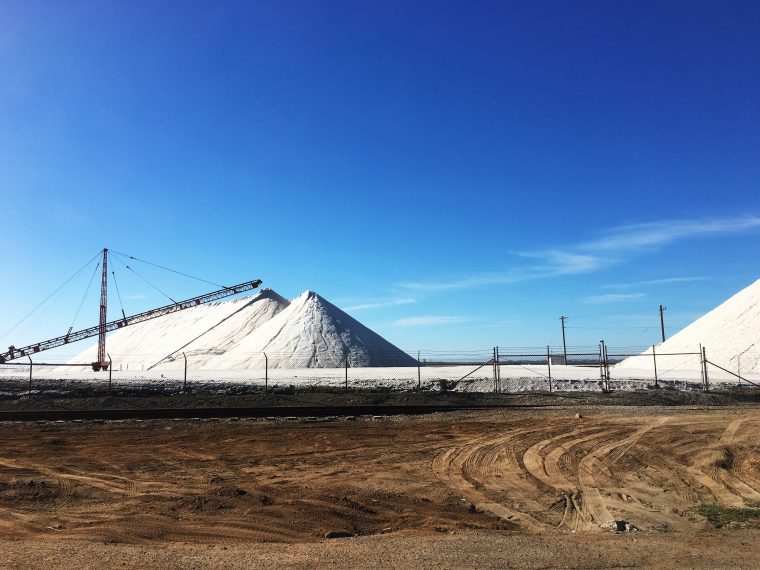 Road salt is a yearly reality for drivers across the north to clear the slippery ice from the roadways (and accelerate rust on the undercarriage).

However, it seems that road salt isn’t just destroying your car’s bodywork—it’s also killing aquatic life in ponds, lakes, and rivers that collect runoff from our roads and sidewalks when the snow melts and contaminating our drinking water.

Things to Watch: Ever wonder what the mechanic looks for to certify a used vehicle?

Steven Brady, assistant professor of biology with Southern Connecticut State University, talking to Earther, said, “It’s salty enough that you can actually taste the salt in these ponds.” He and a group of others are researching the impact of road salt to develop better deicing policies.

Brady’s research, though, focused on amphibians in temporary ponds where salt concentration is high.

The frogs that live in the ponds tend to lay their eggs just as the snow melts—the saltiest times in the ponds—and so the frogs are facing serious ill effects: a 30-40% higher mortality rate, decreased growth, and increased defects like bent spines and crooked tails. Also, the frogs are really, really bloated—Brady said that “They looked like they’d been pumped up.”

The bottom line, though, of Brady’s and others’ research is that road salt has become a serious environmental hazard, and not just to roadside frogs—another study out of the University of Minnesota, for example, found back in 2009 that about 70% of the road salt used in the Twin Cities Metro Area just stayed in the area watershed.

Knowledge Is Power: So do you know how to maximize your tire life?

So, the question becomes, “what can we do instead, then?” Most governments seem to be going with the simple solution of “use less salt.” By using salt more sparingly and strategically, many have lessened the amount of salt used (and then drained into the local water).

Another possibility is “develop a better de-icer.” However, these can have their own problems, as one example, a “natural” de-icer made with beet juice, shows. While the beet juice solution doesn’t have the same ill effects as salt, it has its own deadly side effect, because the solution runoff sucks oxygen out of water that it is washed into.

Really, there doesn’t seem to be a good solution as of yet, except for using less road salt.