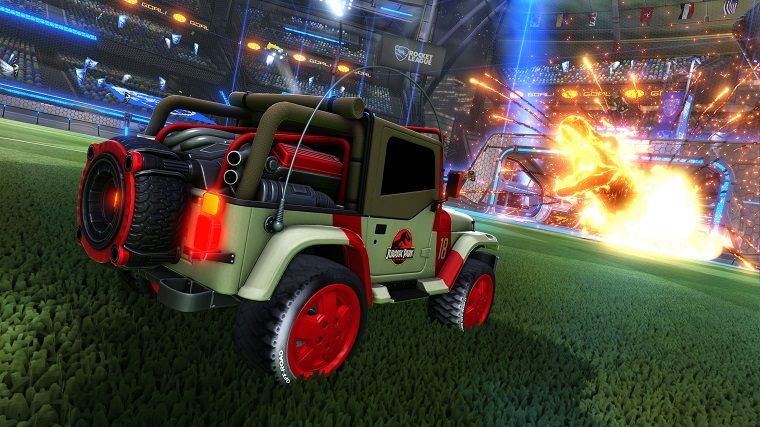 Rocket League, the rocket-powered car soccer video game—yes, it is as crazy as it sounds—is releasing a new paid downloadable content pack (DLC) inspired by the upcoming Jurassic World film, which will include the franchise’s beloved Jeep Wrangler.

This is not the first time the video game adds a popular film-inspired vehicle to its game and also not the first time it does so in collaboration with Fiat Chrysler Automobiles (FCA). In April of last year it released the Dodge Ice Charger, inspired by Domenic Toretto’s car in The Fate of the Furious, and in October launched Dom’s 1970 Dodge Charger R/T.

The Jurassic World Car Pack will launch on June 18 and cost only $1.99, which will not just include the classic Jeep Wrangler but also a sweet-looking animation involving a fiery T-Rex roaring from the goal whenever a player scores. 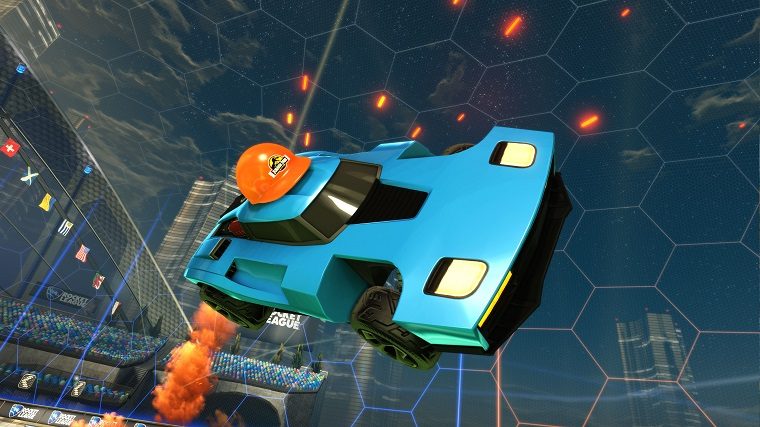 The pack will also come with both Jurassic Park and Jurassic World decals as well as various other customization options such as banners, antennas, and a new Jurassic Park orange hard-hat topper that the cars can wear to pretend they’re one of the poor souls running the place. It’s clear that Psyonix, the developers behind Rocket League, spared no expense.

What’s more, the Jeep Wrangler will also get its own unique wheels and engine audio. There’s no mention of a custom boost animation and sound, though fans are already hoping the latter will be a recording of Dr. Ian Malcolm’s infamously strange laugh on repeat.

Given Psyonix’s history of working with Universal, we may see even more exciting franchise cars of this kind in the future, such as one pertaining to the upcoming Fast & Furious and James Bond films coming out next year.