Motorists in the Cincinnati/Northern Kentucky area who frequently use the Roebling Suspension Bridge to get to and from work will need to find an alternate route. As of Wednesday, the bridge officially closed for repairs, as the Cincinnati Enquirer confirmed.

One caveat to the closure is that pedestrians can still use the walkway on the west side of the bridge. Though, the one on the east side will be closed.

The reason for the closure

Per the Cincinnati Enquirer, “softball-sized chunks of rock” fell from one of the towers on the bridge. The rocks fell nearly 80-feet onto the roadway and pedestrian walkway below. Thankfully, no one was injured during the event.

Nancy Wood, spokeswoman for the Kentucky Transportation Cabinet, estimates that it would take the cabinet approximately two weeks just to come up with a temporary repair plan. In the meantime, the Roebling will remain closed until further notice.

Interestingly enough, there were already plans to restore the bridge starting in spring of 2020. Fixing sandstone issues was one component the project would address. 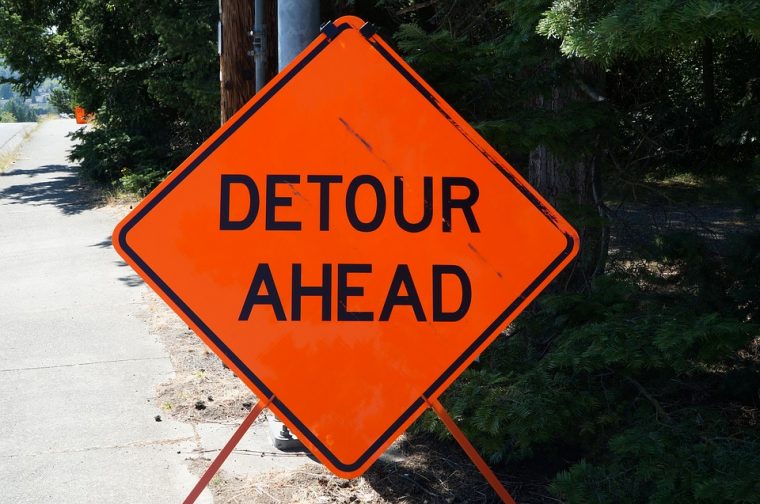 What detours to use

Per WCPO, drivers can pick between two alternative routes while the bridge is closed:

The story of the Roebling

Considering that the Roebling is more than 150 years old, it’s reasonable that it would need some repairs at this point in its life. John A. Roebling started construction on the bridge back in 1856, as a prototype of the famous Brooklyn Bridge in New York. Spanning 1,057 feet, the Roebling was the longest suspension bridge in the world until 1883, when the Brooklyn Bridge opened.

The project was delayed a bit, due to some resistance from ferryboat operators and steamboat companies, a temporary lack of funding, and the onset of the Civil War. The bridge formally opened on Jan. 1, 1867.

Perfectly Aligned: Signs that your vehicle needs a wheel alignment