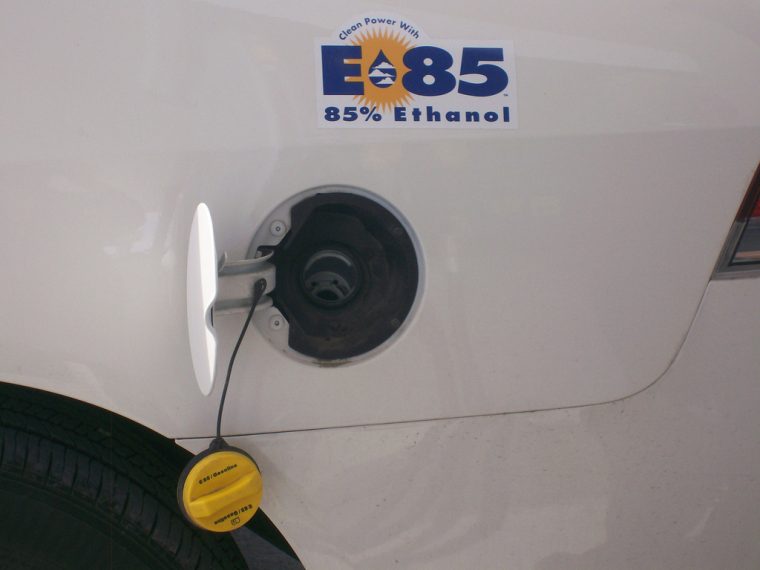 Photo: US Department of Agriculture

It is probably safe to say that in the wake of President Donald Trump’s nomination of Scott Pruitt as administrator for the Environmental Protection Agency, environmental groups are not happy—not happy at all.

With that in mind, it is with no surprise that we find, in Pruitt’s first week in office, that the EPA is being sued, by the environmental group the Sierra Club.

The Sierra Club usually does things like study how much automakers are willing to advertise their electric vehicles (answer: not much) or to test and see whether dealerships are equipped and willing to sell EVs (answer: no and definitely no). However, today they are suing the EPA for its “chronic failure to conduct the required environmental impact analysis on the Renewable Fuel Standard.”

The Renewable Fuel Standard is a part of the Energy Independence and Security Act passed in 2007 that requires certain volumes of ethanol to be blended with gasoline—the idea being to reduce oil dependence and decrease emissions. Part of this standard is that the EPA is required to conduct certain reports, including a review of impacts and air-quality impact analysis.

So, you wonder, how far overdue is the EPA on these reports? A month or two?

So, the next question becomes, why bring this up now? Well, the Sierra Club cited a recent investigation by the EPA’s inspector general that said that the agency was missing its deadlines, in response to which the agency promised to complete the overall report by December 31 of this year and the air-quality analysis by September 30 of 2024.

The Sierra Club clearly feels this is not good enough, as its staff attorney Devorah Ancel said in a press release, “It is unlawful for the EPA to so blatantly disregard its own rules and mandates when it comes to protecting our communities and environment.”

So I suppose that although the timing is somewhat suspect and the fact that this would be a lawsuit aimed at the new administration is almost certainly not a minus to the Sierra Club, this lawsuit was probably going to be coming sooner or later.