Roundabouts: What’s Their Purpose and Why Aren’t There More in the US? 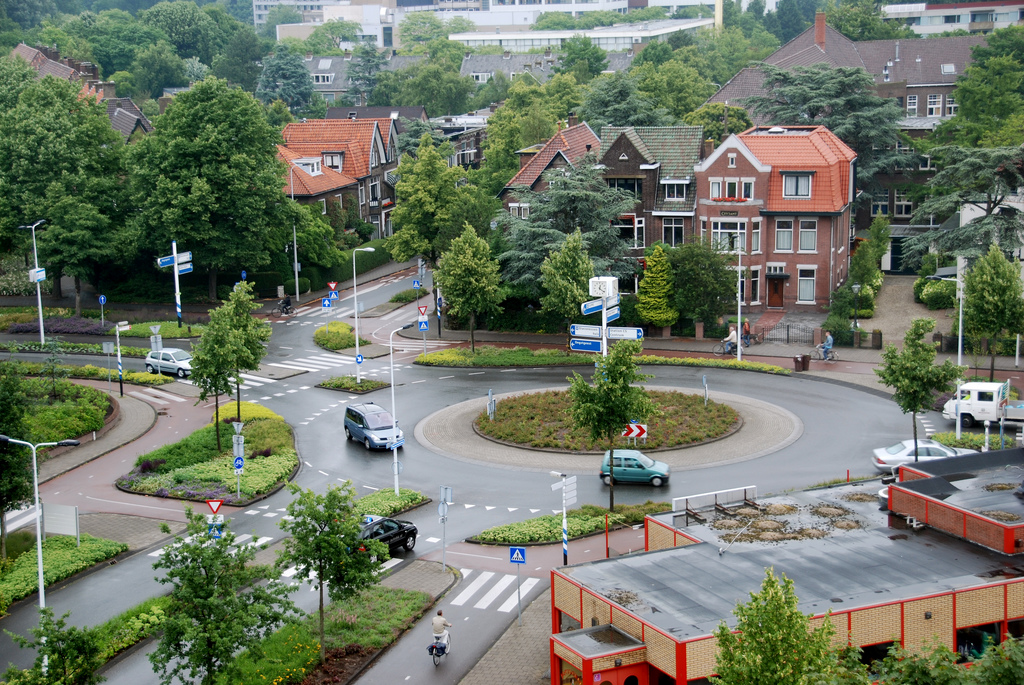 Roundabouts are everywhere in Europe, such as here in Rijnsburgerweg
Photo: Michiel via CC

Once in a blue moon, you’ve probably driven through a modern American housing development or quaint New England town and encountered a type of intersection you rarely encounter: a roundabout. This circular intersection which keeps traffic continually flowing in the same direction around a central island is a rarity in North America.

However, across the Atlantic Ocean, roundabouts are widespread throughout the United Kingdom, where they’ve been the standard of the last century. In fact, even other parts of Europe are more familiar with the roundabout than we are: France has more than 30,000.

So why do these unusual circular intersections exist and why aren’t there more of them in the United States? 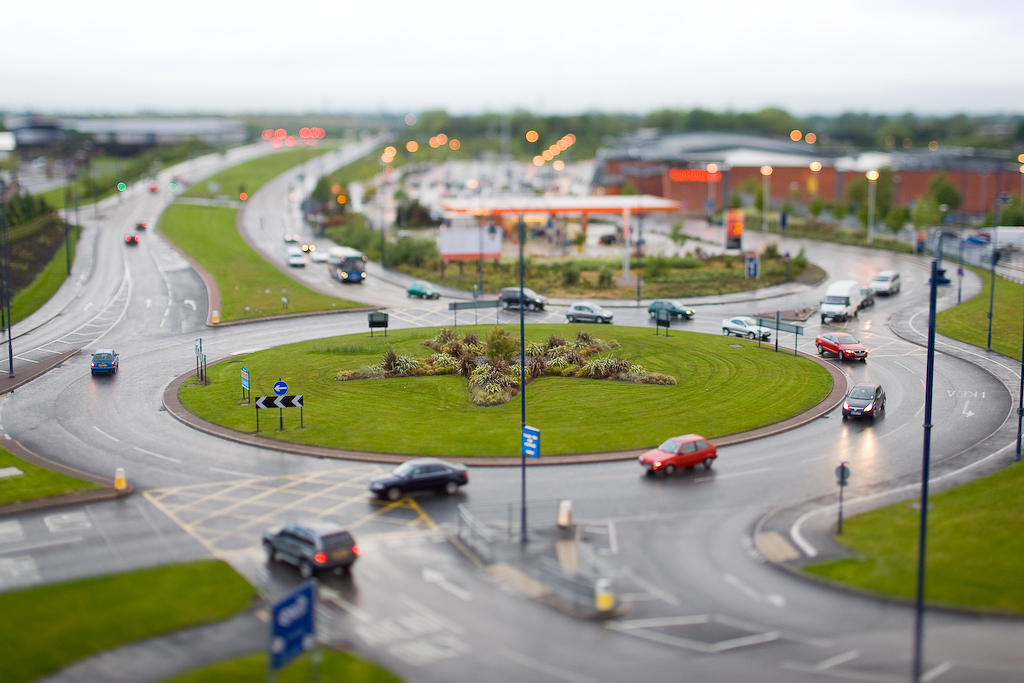 Although the United States has 5,000 roundabouts, the much-smaller France has six times that
Photo: Matthew

The Benefits of the Modern Roundabout

Simply put, roundabouts keep traffic moving safely and steadily. Many studies have been done on roundabouts–also called rotaries–including by leading public safety boards, and the biggest benefit of roundabouts was determined to be safety.

First, instead of collisions likely being high-speed, direct impacts like four-way intersections and their infamous t-bones, roundabouts reduce the crash potential by only allowing 8 possible collision conflict points rather than 32. Crash severity is also reduced as these collisions are rarely head-on but typically at acute, indirect angles. Roundabouts are typically traversed at lower speeds than flying through four-way intersections.

According to traffic safety reports, roundabouts reduce crashes by 38%, injuries by 76%, and fatal injuries by 90% (when tested at US intersections that were converted to roundabouts).

Other benefits of roundabouts include:

If roundabouts are so great, why aren’t there more of them in the United States?

Could an American actually drive through this?
Photo: Philip Bragg

Why There Aren’t More Roundabouts in the United States

Americans’ aversion to rotaries started with the introduction of an old type of traffic circle in the 1910s. This type of intersection largely failed in the United States due to one terrible error: instead of traffic already in the circle having the right-of-way, the cars entering the roundabout had the right-of-way. This lead to numerous high-speed collisions and the removal of roundabouts for “straighter” intersections governed by traffic signals.

It wasn’t until the middle of the 20th century that the UK perfected the “modern” roundabout, which gave the power to cars already in the traffic circle. Unfortunately, Americans were so jaded by their last encounter with a circular intersection, the idea never caught on. These days, many new drivers aren’t even being taught how to approach roundabouts in driver’s education courses, so the North American public is largely unfamiliar with them.

One other major reason why roundabouts haven’t caught on in the States: awareness of other drivers. According to British journalist Stephen Beard, “The roundabout is said to have flourished in Britain because it requires the British virtues of compromise and cooperation. The US’s more aggressive, confrontational culture may explain why the roundabout has not been more widely adopted by Americans.”

A Slate article agreed, “We have grown used to (and feel comfortable with) binary, on-off traffic control…Roundabouts require drivers to make their own decisions and assess others’ actions, rather than relying on third-party signals.” In other words, Americans are too stubborn and imperceptive in their driving to be able to make their own decisions.

Americans will have to learn how to actually “yield” and respect other drivers before they’ll ever receive the safety benefits of roundabouts.