Diesel engines have taken on an odd quality in the United States. On the one hand, there are the emissions-cheating and smoke-belching diesel vehicles that would firmly put the technology in the “bad” column. On the other hand, you have brands like GM claiming that its diesels offer better fuel economy and lower carbon emissions than comparable gas cars.  Now, though, spy photographs obtained by GM Authority imply that Chevy could be working on a diesel model for the mid-size Malibu. 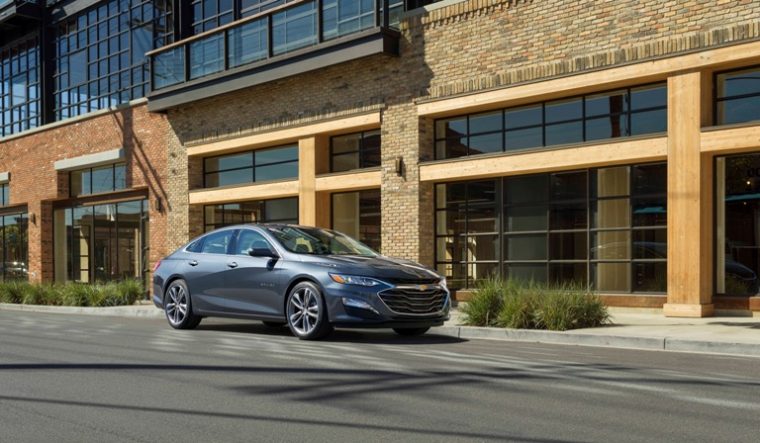 The spy photos are from South Korea, and show a Malibu in front and rear camouflage with a label above the infotainment screen that reads “DIESEL.” Potentially, this could mean a whole new powertrain for the Malibu and another diesel passenger model in the Chevrolet lineup, joining the current Equinox and Cruze, and the shortly-arriving 2019 Silverado 1500.

However, it is completely unclear what engine would propel a diesel Malibu. Chevrolet currently only has a 1.6-liter four-cylinder turbo-diesel that it uses in both the Cruze diesel and Equinox diesel, rated at 137 horsepower and 240 lb-ft of torque.

In the Cruze, that ekes out crazy fuel efficiency of up to 52 mpg on the highway. Since in the Equinox that engine makes up to 39 mpg highway, it seems that a diesel Malibu using the same engine (and really, why wouldn’t it) would get somewhere in the middle.

Impressive Efficiency: The 2019 Chevy Silverado 1500 is the most efficient ever

Of course, GM hasn’t commented on the prototype, so we will have to take this with a grain of salt, but it is possible that a diesel-burning Malibu could be heading for American shores soon.