Rumor: Could the 2017 Chevy SS Sedan Come With a Supercharged V8 Engine? 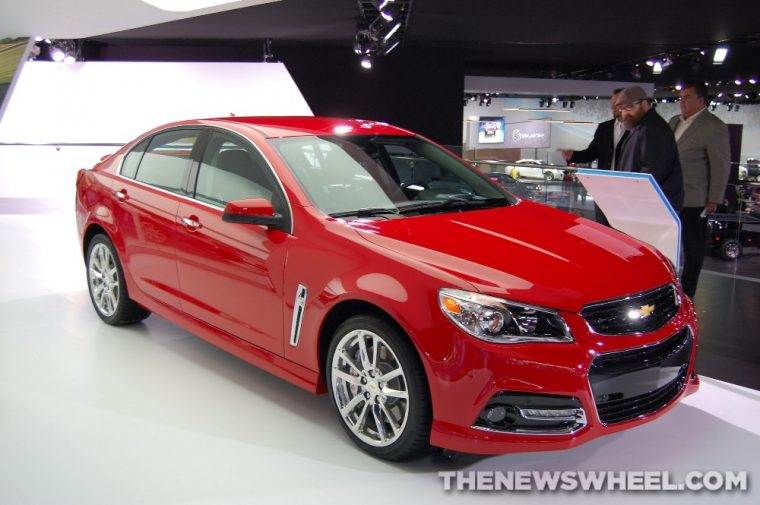 When General Motors announced last year that it would stop all manufacturing in Elizabeth, Australia, by the end of 2017, it all but signaled the end for its high-performance Chevrolet SS sedan.

The Chevy SS is essentially the American version of the Holden Commodore, which will also cease production when manufacturing at the Elizabeth plant concludes. However, GM Authority has reported that its sources inside the Australian plant say the 2017 Chevy SS could be getting a certain bonus feature for its final model year, which would come in the form of the 6.2-liter supercharged V8 engine that’s also featured in the current Corvette Z06 and Cadillac CTS-V.

The 2016 version of the Chevy SS already comes equipped with a 6.2-liter naturally aspirated V8 engine rated at 415 horsepower, but with GM’s supercharged V8 motor those horsepower figures could reach upwards of 580 ponies for the 2017 Chevy SS sedan.

Unfortunately, this rumor has not been confirmed and it seems highly unlikely to happen due to the fact that the Chevy SS sells in such low volumes. In addition, outfitting the ‘17 SS with a new engine at this point would cost a lot of money in research and development for a vehicle that would only be on the market presumably for a single year.

That’s not to say getting a Chevrolet SS with GM’s supercharged engine is impossible. Chevrolet will sell you a LSA engine by itself, but the supercharged V8 carries a starting MSRP of $14,006 and that would be in addition to the $46,575 price tag of a new Chevy SS.

Besides, who needs the supercharged motor, when the Chevy SS can already zip from 0 to 60 mph in just 4.7 seconds using the naturally aspirated V8?