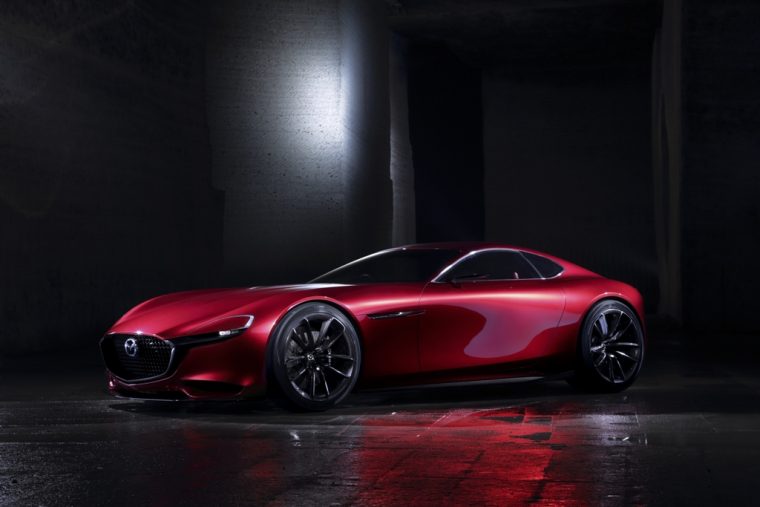 Way back when Mazda revealed a shadowy teaser image of the new RX-VISION concept, a source talking to Motoring.com.au mentioned that the new rotary would possibly be a powertrain called the “16X,” which would use twin rotors and a hybrid system involving capacitors.

More From Mazda: Guess how much the MX-5 Cup version is

Now, though, Motoring.com.au’s “source close to Mazda” is talking some more. According to this anonymous tipster, the 16X is expected to generate 450 hp using a two-stage turbo system. This system seeks to fix the rotary’s problem of instability at low rpm using an “electric turbo assist”—this would be a capacitor-powered electric turbo. At higher rpm, this system would hand over to a more standard exhaust-powered turbocharger.

This engine is expected, like in all new 2017 Mazda engines, to incorporate homogeneous charge compression ignition, which is a method generally used in diesel engines, where the fuel/air mixture that drives the engine is compressed until it ignites itself, leading to extremely low NOX emissions.

More Good News: Mazda is gearing up for the the Drive for Good Campaign

That paints a very satisfying picture of a semi-hybrid turbocharged double-rotor powerhouse, all driving a 3000-pound sports beast, while hopefully fixing the RX-8’s instability and fuel (and oil) drinking problems.

It seems a lot of trust to place on a faceless “source close to Mazda” to take this rumor as fact, but we have to admit—it is a very attractive rumor. It’s too bad that Mazda has resolved to be tight-lipped about the whole thing until 2017.