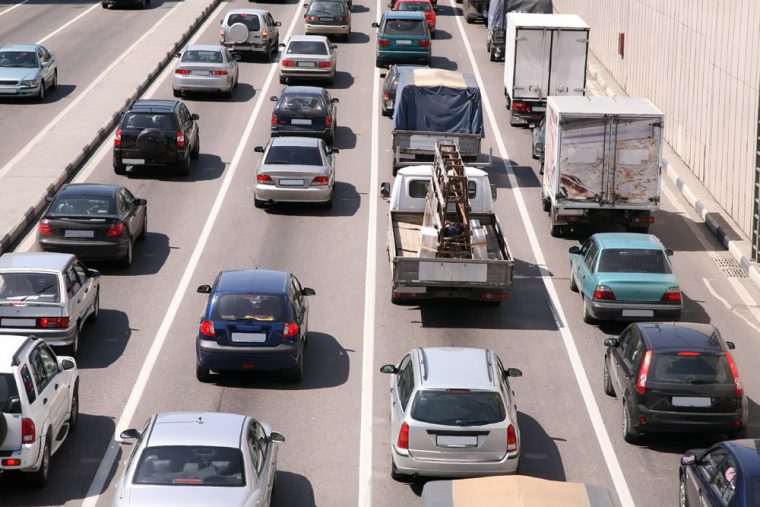 Cars, trucks, and SUVs release a lot of toxins into the air, and drivers and their passengers are susceptible to the dangerous effects of this air pollution every time they get behind the wheel or take their passenger seat. In other words, your commute may not be just raising your blood pressure and stress levels, it can also be endangering your heart, lungs, and overall health, according to ScienceDaily.com, which cites a new study by engineers at Washington University in St. Louis.

The paper, “Comparing on-road real-time simultaneous in-cabin and outdoor particulate and gaseous concentrations for a range of ventilation scenarios,” by engineers Anna Leavey, Nathan Reed, Sameer Patel, Kevin Bradley, Pramod Kulkarni, and Pratim Biswas, measured specific contaminants both inside and outside of a car while on the road to determine a person’s level of exposure to harmful pollutants while commuting to work.

According to the study’s abstract, the engineers discovered that “car drivers can expect their highest exposures when driving with windows open or the fan on, and their lowest exposures during windows closed or the A/C on.”

ScienceDaily.com reports that the researchers’ discovery that running the A/C with windows closed in order to minimize a person’s exposure to contaminants made a significant difference: “Using the A/C reduced the pollutants in the vehicle by 20-34 percent, depending on the different metrics examined, as well as outdoor concentrations, weather and road conditions.”

Leavey explained that it is especially advisable to crank the A/C and roll the windows up when traveling on the highway or when behind a vehicle like a bus, which gives off a larger amount of air pollutants than a typical vehicle, but as soon as a driver is in a less polluted area, she and her fellow researchers advise airing out the car and ridding it of “any pollutant build-up” by rolling down the windows.