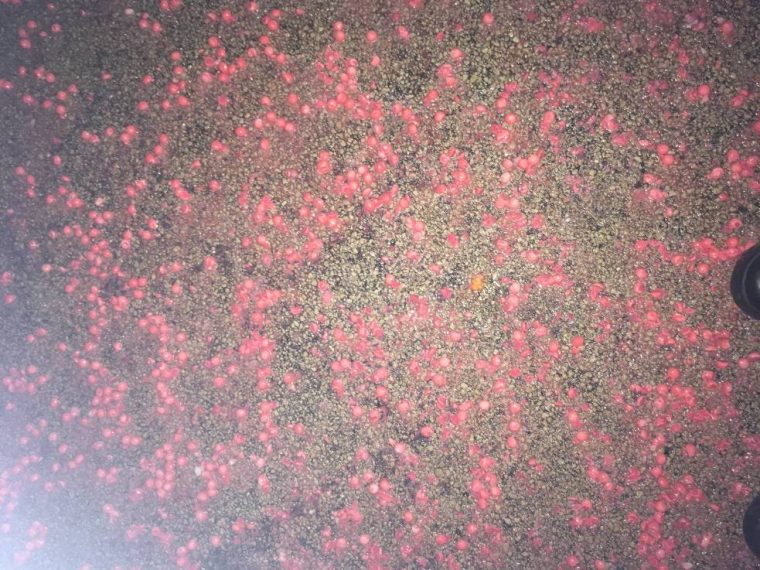 We’ve covered many unique roadway spills in our time, but this latest one in Wisconsin is a rare bird. This spill on County Highway S near Blackbird Road in Dodge County, Wisconsin, is both hilarious and kind of gross. What could cause both reactions? Red Skittles, of course.

Earlier this week, the Dodge County Sheriff’s Office happened upon an unusual spill. The roadway was covered with thousands of small, sticky candies, but there was no driver or truck in sight to tell officers what exactly was all over its blacktop. It didn’t take long for law enforcement to figure out that the candies were red Skittles that were missing their “S” branding, thanks to what the sheriff called a “distinct” smell.

*****UPDATE: The Skittles were confirmed to have fallen off the back of a truck. The truck was a flatbed pickup and…

It was impossible to clean up all of the Skittles, but apparently that’s not a bad thing. Area crews have reportedly said that the Skittles actually provided valuable traction on the roads when they got icy recently. We’re not suggesting that salt trucks should start spreading candy on the roads instead of salt, but maybe it can be mixed in with the salt to help make the real road treating agents stretch further into the winter.* All I can say is that so far they have been no reports of people trying to eat the Skittles, which we have seen before in cases of food on the roads (we’re looking at you, Alabamians who ate road cheese).

Later, the Sheriff’s office announced that the road Skittles were rejects headed to be cattle feed when rain caused the box carrying them to disintegrate and dump the candy. That’s right, cows are routinely given rejects from bakeries and candy as simple carbs to help fill in their diets. Managing Editor Cat Hiles is now very happy that she chooses to not eat meat, that’s for sure. The rest of the staff has decided not to comment.

*Of course we are kidding.