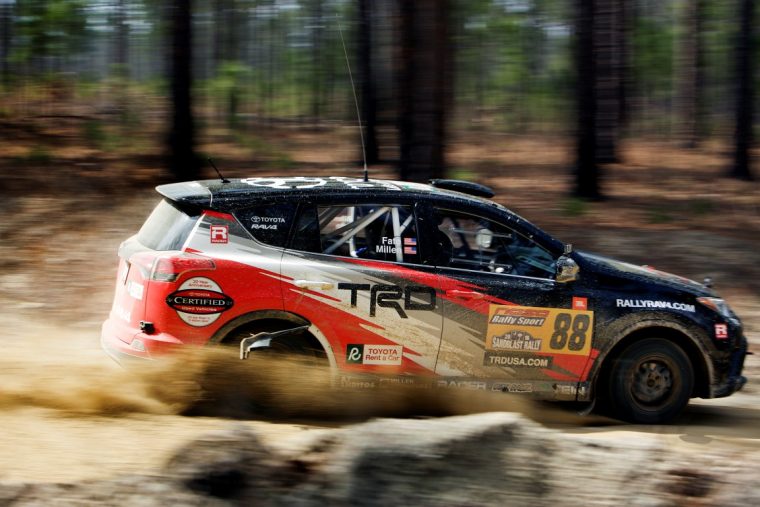 The Toyota Rally RAV4 driving to victory at the Sandblast Rally

Last weekend, at the Sandblast Rally in Cheraw, South Carolina, driver Ryan Millen and his navigator/fiancée Christina Fate drove the Rally RAV4 to a win in the 2WD class, kicking off the first round of the Atlantic Rally Cup in style.

Thanks to the pair’s teamwork, the Rally RAV4 was able to avoid numerous mistakes thanks to Fate successfully translating the NASA-supplied notes to something that would be better understood by Millen. The Sandblast Rally gets its name from its areas of deep sand, which can be treacherous if not anticipated by driver/navigator teams.

Drive Like Ryan: Learn more about the 2016 Toyota RAV4

“In the first stage, I went through two mud-holes and almost lost the car,” Millen reminisced. “I was amazed at how slippery it was…you’ve got to really pay attention going through those.”

“You have to make less mistakes than anyone else,” he continued. “It was really rewarding winning despite being so much heavier and having so much less power.  It feels really good to get this win.” 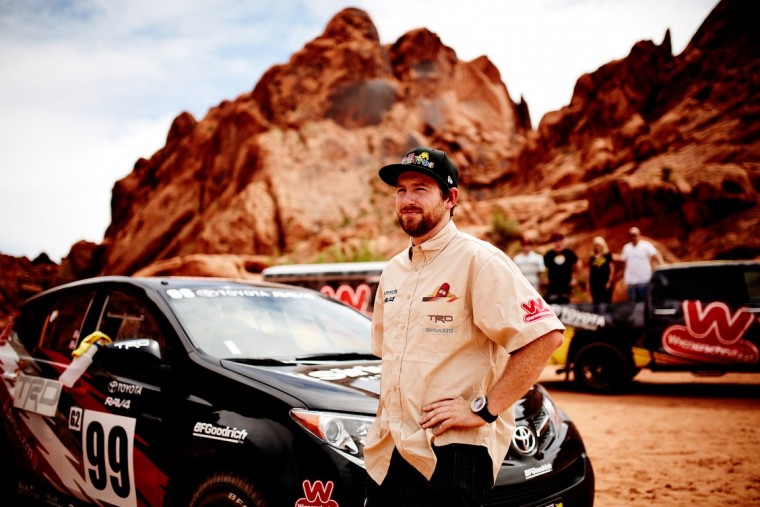 The Rally RAV4 definitely had some competition out there, mainly in the form of a turbocharged SRT-4, which was in front of Millen in Stages 1 and 3. Millen was able to move past the SRT-4 in Stage 4, however, taking the lead and finishing a little over three minutes ahead of the second-place contender.

Off-Road Marvel: See how the Toyota Land Cruiser fared on the challenging Gold Mine Hill

Many rally cars are fairly heavily modified from their production counterparts, but not the Rally RAV4. This fierce ride is based on a Toyota RAV4 SE, and is equipped with the same engine as that found in a RAV4 SE you can buy from a Toyota dealer—a 176-hp four-cylinder motor with 172 lb-ft of torque. Inside, though, the Rally RAV4 has been gutted in order to reduce its weight by 500 pounds. The vehicle has also had its stock 17-inch steel wheels replaced with 15-inch alloys that are fitted with BF Goodrich All-Terrain tires. Finally, the Rally RAV4 has added TEIN suspension components on both axles for improved cornering.