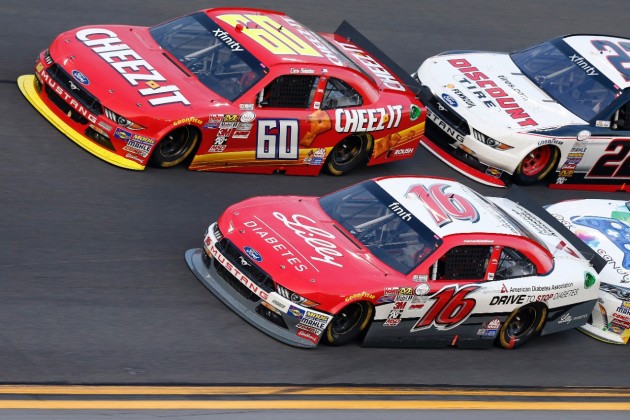 The first race of the newly-rechristened 2016 NASCAR XFINITY Series is in the books, and 21-year-old Ryan Reed scored his first NASCAR win on a day in Daytona that was largely overshadowed by a horrific accident.

The win was particularly special for Reed, who four years ago was diagnosed with Type 1 diabetes.

“I thought I would never drive a race car again. Now, I’m standing here in Victory Lane at Daytona with Roush Fenway,” Reed said. “Not only for me and my family, but every kid who gets diagnosed with diabetes or anything that says you can’t do something. Just go and there and overcome it and do it and win and do the best you can.” 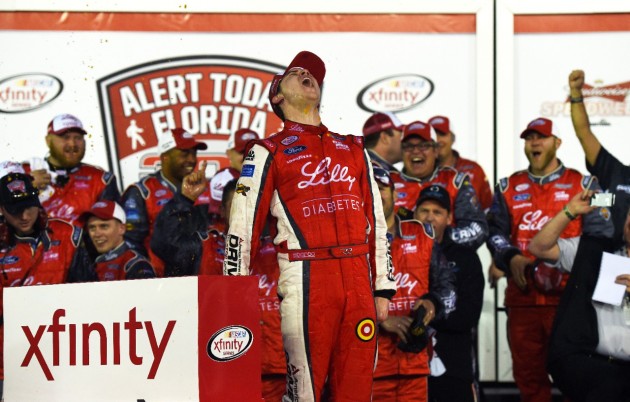 The race also saw its share of calamity when, with eight laps remaining in the race, Kyle Busch slammed into an interior concrete wall. Busch was later diagnosed with a compound fracture of the right leg and a midfoot fracture in his left foot.

Daytona president Joie Chitwood said that this accident could have been less severe had there been a steel-and-foam energy reduction (SAFER) barrier in place.