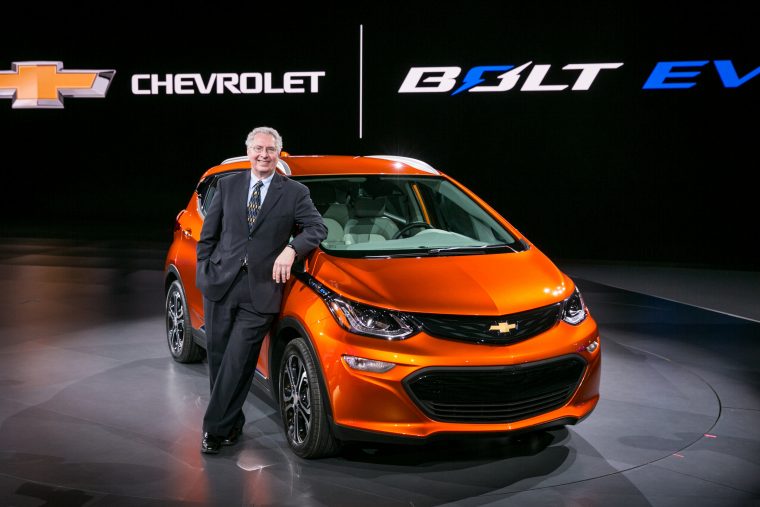 Nitz, of course, was excited to hear the news. “To be a recipient of the Edward N. Cole award is a great honor,” Nitz said. “I’m accepting this award on behalf of all the men and women I’ve had the pleasure to work with, innovate with, and whose dedication and teamwork has transformed ideas into production vehicles.”

Nitz has guided many aspects of powertrain development, from automatic and manual transmission changes that led to GM’s six-, eight-, nine-, and ten-speed transmissions, to the more recent development of the Voltec propulsion system, famously used in the first-generation Volt and then refined and improved for use in the second-generation Volt. Most recently, though, Nitz led the development of the battery and propulsion system for GM’s highly-anticipated electric 2017 Chevrolet Bolt EV.

“Automotive, and especially propulsion engineering, is one of the most diverse, dynamic and passionate fields of engineering and I couldn’t be more grateful for the opportunities I’ve been provided to make a difference throughout my career,” Nitz said.

SAE will present Nitz with his award during the SAE 2016 World Congress in April.