Sager Lends his Swag to the 2016 Kia Sorento 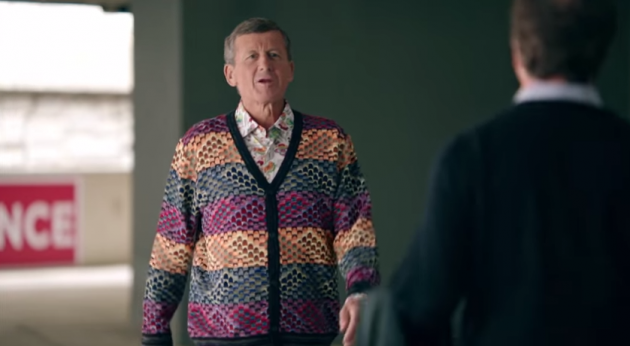 If you have ever watched an NBA game on TNT, then you’ve probably noticed the extremely colorful suits worn by sideline reporter Craig Sager.

In fact – there was one instance when Sager wore an outfit so outlandish that player Kevin Garnett stopped him mid-interview to tell him to burn his clothes!

Now, Sager has taken his distinctive style to the new Kia commercial in support of the 2016 Sorento.

In the commercial, Sager is seen wearing less flashy clothes – for his standards anyway. Then his co-worker points out that Sager doesn’t appear ready for work yet. Sager responds by jumping into a 2016 Kia Sorento, which he said is “just his style,” only to re-emerge wearing a more glitzy and recognizable shiny suit.

The 2016 Kia Sorento has three different engine options. Customers can choose from a 2.4-liter four-cylinder, a 2.0-liter turbo engine, or the 3.3-liter V6. It also comes available with Smart Power Liftgate for touch-free opening and a hatch adjustable to your height.

It isn’t known which engine Sager chose, but fans are hoping he can return to the NBA sidelines soon.

Sager, 63, was diagnosed with Leukemia in April 2014, and the disease was thought to be in remission, but in March an announcement was made the disease had returned and the flamboyant reporter would require more Chemotherapy.

We need those crazy suits during our NBA games and Kia commercials.