Sainz Replaces Palmer at Renault Ahead of US Grand Prix 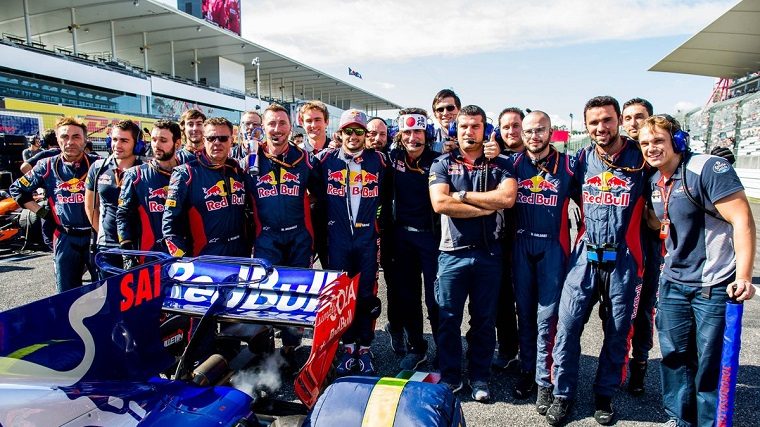 Renault Sport F1 has announced the 2017 Japanese Grand Prix was Jolyon Palmer’s last Formula One race with the French team and that he would be replaced by Carlos Sainz Jr for the upcoming United States Grand Prix in Austin, Texas, on October 22.

“The Japanese Grand Prix will be my last race for Renault,” Palmer said this weekend. “It’s been an extremely challenging season and I’ve been through a lot in the last three years, but it’s been a tremendous journey overall with the team.”

Sainz was slated to replace Palmer at Renault in 2018 as part of an engine deal involving Toro Rosso, McLaren, and Honda—but with Palmer underperforming and crucial championship points still to grab in the final stages of the 2017 season, Renault was keen to put Sainz in its car as soon as possible, even if it meant driving Palmer out.

As a result Daniil Kvyat, who had been asked to sit out the rest of the season to let Red Bull Junior Team member Pierre Gasly have a go at driving in Formula One, will return alongside the latter at the United States Grand Prix to fill Sainz’s empty seat.

Interestingly, however, though Toro Rosso announced Gasly and Kvyat would race in Austin, Gasly says the team has not told him personally if he actually would. “At the moment I do not have any confirmation about what is going to happen in two weeks from Franz or Helmut,” said Gasly, referring to Toro Rosso team boss Franz Tost and Red Bull motorsport advisor Helmut Marko.

The indecision stems from Gasly’s current position in the Super Formula championship. He is currently half a point behind the leader in the standings with just one more race to go—but should Gasly race at the United States Grand Prix, he will have to miss the final Super Formula event and give up the title.

For Gasly, both options are good. “If I go to Super Formula, fight for the title and come back to Mexico and finish the season with Toro Rosso that would be great, because a title is a title. But if I can go to Austin and race with Toro Rosso and end the season with them, I will not complain because it is a fantastic opportunity. Also it’s a good experience for me to be in F1.”