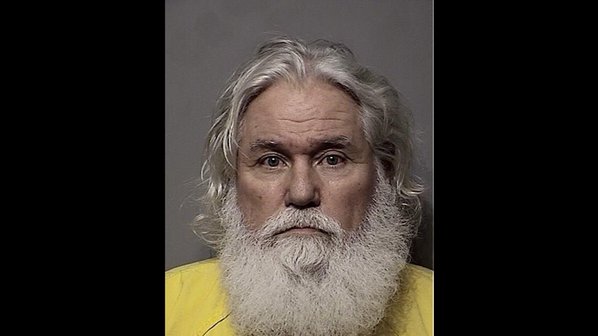 With a name like Santa Claus, you’d have to have a beard

Santa Claus is known for many things—his bushy white beard, his jolly read suit, his band of reindeer, the joy he brings to children each Christmas. One of the things Santa Claus is not known for, however, is drunk driving. Until now, that is.

A 67-year-old man whose legal name is Santa Claus was pulled over by police in Post Falls, Idaho, for driving the wrong direction down Syringa Avenue. When police told Santa Claus why he had been pulled over, his response was that he was not from that area and therefore not familiar with the street’s layout. However, police could smell alcohol radiating from Santa Claus, and the man eventually admitted to having drunk three or four beers at a Post Falls bar.

This is a mugshot of a man named Santa Claus. pic.twitter.com/nOOa9YdwH5

When asked to perform a breathalyzer test, Santa Claus blew a .13 and a .119. The legal limit in Idaho is 0.08. He was arrested for driving under the influence, though police noted that Santa Claus was cooperative throughout the entire process.

Hopefully Santa just made a poor choice on his well-deserved vacation after a busy holiday season, and will be back in the North Pole with his elves soon.