And Here We Have Santa in a GT-R 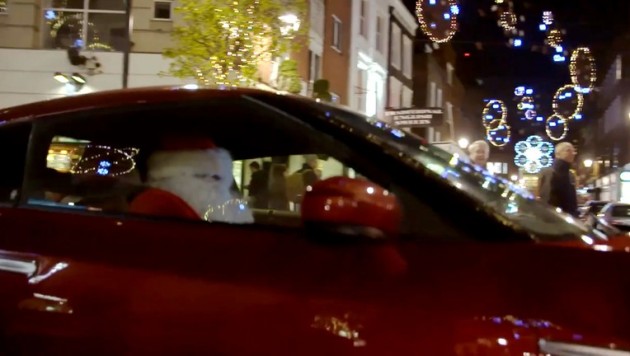 Santa Claus has long been able to travel the world over in a single night in order to bring joy to millions of children around the globe thanks to an old wooden sleigh and 12 capable reindeer. One has to wonder just what Kris Kringle would be able to do with something like the 545 horsepower cranked out by the Twin Turbo V6 of the 2015 Nissan GT-R.

Well, if you’ve ever wondered what it might be like to see Santa in a GT-R, the following video is just the thing for you:

Santa leisurely drives around the streets of London, waving to people he passes by as the GT-R’s massive engine practically begs for the jolly ol’ man to get it onto a backroad and open it up like he’s supposed to.

As far as Christmastime marketing ideas go, it’s certainly not the worst way to get folks to look at the GT-R as a sure bet for their next ride. Granted, he’s not the dreamboat that Adam Levine is, but still, he’s got a memorable face (or beard, at least). Nicely done, Nissan. You’ve made the nice list.

Related: 2015 Nissan GT-R: A Speed Demon With a Modest Price