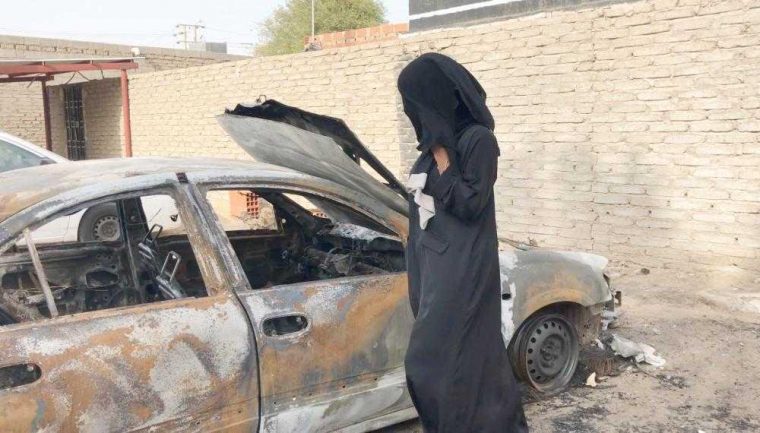 Last month Saudi Arabia finally lifted its ban on female drivers, but that doesn’t mean that all men are happy to be sharing the road with women. In a village of the Al-Jamoum region, zealous young men torched their neighbor’s car to try and scare her out of the driver’s seat. However, instead of hiding she is speaking out, and she has the backing of her community.

Salma Al-Sharif Al-Barakati was ready for the driving ban to end so she could use a car on her own to help support her father, husband, and children. According to reports, Salma is the sole breadwinner for her family, and having her license and a car was an exciting prospect so she could stop devoting so much of her income to paying drivers. She saved up a significant amount of money to pay for her license, driving lessons, and a car so she would be ready when the historic day came.

That’s when the threats started.

Salma reports that young men in her village started threatening her and harassing her, saying that her driving was “against the will of God.” Like many women faced with harassment by men, Salma chose to ignore them and continue running her errands and going to work as a sales cashier. That made her antagonists angrier than ever, and one night at least two of them went to a gas station for fuel and lit her car on fire, completely destroying it.

This arson, while upsetting, wasn’t entirely surprising. Backlash against women drivers was a very real concern before the ban was even lifted, with threats online running the gamut from forbidding relatives to drive to threatening to kill women behind the wheel.

While a burning car is never a good thing, this story ends on a somewhat happy note. Saudi law enforcement arrested two suspects and sent them to court for prosecution. When Fahd Al-Rouqi, deputy chairman of the municipal council in Makkah, heard about Salma and the bind losing her car put her in, he made the bold announcement that he would be replacing the lost vehicle so that she could get back on the road as soon as possible.

Hopefully this will be the last time that we have to report on violence against women who decide to drive in Saudi Arabia. It is encouraging, though, to see prominent and respected men in the country step up to support females as they drive and hold those who act against them accountable.